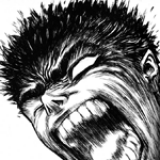 Has anyone ever made an argument that made "Always On"-DRM seem like a positive for the consumer? Could they ever?

How could "Always On" ever be better than "Sometimes On" or "Most of the times On"? What incentive is there for a consumer to be forced into owning a product that requires 100% On to function? I challenge anyone to come up with an argument that makes sense for always on. Anyone and everyone.

Has anyone ever made an argument that made "Always On"-DRM seem like a positive for the consumer? Could they ever?

How could "Always On" ever be better than "Sometimes On" or "Most of the times On"? What incentive is there for a consumer to be forced into owning a product that requires 100% On to function? I challenge anyone to come up with an argument that makes sense for always on. Anyone and everyone.

Been having this in my Steam-library for ages, but today I finally gave it a spin... and man, 3 hours gone in a whiff. It was awesome. Right amount of scary, and psychologically tense in a way I actually enjoy, while not feeling good about it. Hoping the other chapters are the same quality, and I see it climbing on to my favorite games ever list, had I had one...

More people gotta support this, only 13 hours to go though... RUN WITH YOUR WALLETS PEOPLE!!

Wings was an awesome amiga game, which had alot of the elements that were in Tie Fighter, so every sane person would love this HD-remake.

So I got a pretty severe game-interest, not only do I enjoy playing games, but I also think alot about gamecreation and making games, so I figured I'd share one of these thoughts with you, I'm not a writer though so it's just a basic concept, trying to describe the general layout of a game I'd like rather than writing an entire plot with subplots and a vast library of lore that I could never manage.

It's a dark world fantasy action/rpg-game that starts off in a small, riverside town surrounded by huge grassfields inhabitated by a humanoid people with a spiritual connection to the horses of the land, whenever a person is born a horse is also born and they grow up pretty much together. The game would start out with birth, showing off some scene tying the both together through some celtic religious ritual cutscene, continuing on showing a bit of your early years growing up, your father teaching you how to ride your horse, you running through town to come home to a loving mother who just made food, your first "love" catching your eye, stuff like that, showing some argument between your mother and father and him leaving and patting you on the head. Then your character would reach the age of 8-9, and you get control of the game. You go around town and hang out with your little friends, ride the nearby fields, go fishing and wrestle your friends in the yard, steal a pie, with a day night cycle that forces you to return home to your loving mother, your father is out hunting most of the time, being gone for days. Someone gotta put food on the table.

One evening you return and he's just come home with a big catch though, some mammoth looking creature that would grant the entire town a feast, he also brought you your first spear and show you how to use it. Then the seasons change and some years pass, you are thirteenish, and you're allowed to go on your first hunt with your father and some of your friends, riding into the big grassfields, which is packed with huge creatures, while your father explain what they are exactly and how to best fell them, but also explaining that today you're chasing after something less dangerous. So you chase it down and kill it whatever it was, not exactly figured that out yet, but some fabulously magical creature like a unicorn or something.

Then you return to the town, go to bed and then the next day you wake up by your mother screaming at you and tossing you inside a cupboard or something, outside of the house you hear people screaming and weaposn clashing. From the cupboard you'll be able to peek some hideous creatures with bloody weapons kicking in your door and slamming your mother onto a table, talking to eachother about raping her and when she resists they pin her to the table by thrusting a weapon through her belly and then start dropping their trousers... at this moment you'll gain control and either just sit still and hide in the cupboard, not making any noise or kick the door open and try and fight. Fighting will be hard as hell and if you fail you will die, going to a cutscene, which very specifically show them killing off the entire village, and the horses that share the villagers spiritual connection, yours somehow elude them though and when the village is burnt to cinders and the mysterious killers have left your horse finds your corpse and somehow merge his spirit to yours, and you are reborn as a shade of hate. Set on trailing after the evildoers.

If you somehow survive the hard fight against them inside the house you will fight once again outside it, and if you survive that you will find your horse and try riding for your life, eventually though you will die due to one circumstance or another and your horse will return to revive you. As the game progresses you will track down the people responsible for your towns demise, unlocking abilities in a zelda-like manner, but instead of finding items you will experience playable flashback experiences that will unlock abilities for your character, enabling him to advance in the world. These cutscenes should also be written in a way so that they depict different emotions for the character, making his demeanor more "humanesque" again, and giving him more than just hate to go on with.

As you progress through the game there should be various locations that show off lore of your race and some big calamity that would destroy the world, and your race was going to be at the center of it, there's also another faction that is not the killers of your town, but that faction also tries to kill you but fail to do so, they instead try and sway you from exacting your revenge by referring to the prophecy asking you to find out for yourself what it's about. Making you explore old ruins and talk to old beings that hint that there's a bigger picture than just the tribe wiping out yours.

Basically game should be a mix between Zelda and the Legacy of Kain-series, set in an open bright, colorful world, but with dark inhabitants and people.

ME1 is better than ME2

And I friggin mean it.

Improvements in ME2 are these: Gameplay, Dialogues, Sidequests, Removal of generic loot and sidemissions like collecting badges and shit. Does anyone like that crap?

But the entire premise of the game is so much worse than the first one, that I simply cannot enjoy it as much as the first.
It starts of in an awesome way with the whole Normandy-sequence, but come on... Shep dies and gets revived... that's a load of crap.

Also, who thought loadingscenes were the better option compared to elevator-sequences?
They could improve the elevators instead, have your partybanter a bit more sociable, better radioreporting about what's going on. And not just reports on what the hell you just did, but about something entirely different going on, maybe some hints to sidequests etc. anything is better than loadingscreens.

Reporting to the council was one of my favorite things about the ME1, disconnecting them was a hoot. Talking to Martin Sheen however is just sad in comparison. Illusive Man, more like IlluZzzive Man.   Provoking him doesn't even result in any interesting replies.

The impact from the first game on the second was also a bit thin, I realise that they can't do too much, but to just remove all of the major elements of interaction from the first one just seems cheap. (Major elements being Kaidan, Ashley, Council, Anderson, Udina)
Just sad that your interaction with your 'loyal fan' had a bigger impact on your game than letting the entire Council die.

I still love both games, that's for sure. But I feel ME2, while being an more enjoyable game to play, removed too much of the soul of ME1 to surpass it.

Blogs Created:
7 blogs
Most Commented blog:
ME1 is better than ME2
Total Comments on blogs:
99 comments