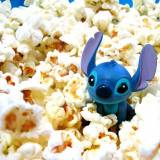 Purple is sexy, luxurious, and regal. Saint's Row certainly helped bring it to the fore front.

I love how it only took 5 posts down the track for this thread to go from "Here's my opinion, let's discuss" to "Whatever, you guys are just GB-tards, so your opinion is invalidated"

I gotta say, you folk surprise me - there's more tact open mindedness being excersised here than I was expecting in a furry discussion thread on Giant Bomb.

My personal stance, is there's a fine line of distinction between anthro and furry. It may blend together or overlap at the edges depending on what direction you take it with both art style and story content, but it's very possible to be one without the other (or at least anthro without furry). It's when you take the next big step into furry-dom, and the next big step after into the dark, seedy under belly of the internet, now that's an entirely new ball game.

Looking at your concept here, I'm seeing Redwall, I'm seeing Maus, I'm seeing any number of stories that have tread that familiar path before - I wouldn't worry about it being furry at all, unless you include a story arc where a frisky ferret lady tries to tempt the mouse knight (however, if that makes it in, I want a shout out). If you end up with a partial furry fan base, the worst that could happen is a few forums get devoted to fan art and you get more traffic as a result, but that's Rule 34 at work.

The 80's saw a huge boom in anthropomorphic cartoon characters of greater or lesser depth, and there were talking animals long before that. To reiterate what everyone else has said so far, do what you like (as long as it doesn't deliberately hurt anyone) and damn everyone else. I'm gonna steal the term pyromagnestir brought up, and just sign off saying at the end of the day, I think we're all a bit fur-curious to a degree.

Holy. Crap. Thanks for dredging up the memories - THIS was one of the first rentals I grabbed after getting my PS1, which I'd gotten as a late release. I'd seen this game go by on PC but couldn't find a copy so I was all "Oh, sweet" at the second chance to grab this.

God DAMN if that wasn't balls hard. Played both the Abe's so I was kinda prepared, but things ramped up really quickly. The timing on some of those puzzles were insane, especially one towards the end where you had to run on to a new screen and immediately jump to dodge the pressure plate or else get squashed as you ran through a door. And having to master double jumping just to beat the last sequence.

I'd take another one in this day and age :)

192 and climbing. And it all started with a bundle of humbleness...

Does it include all of the DLC for all three games?

This, and mash a DA 2 pack together while you're at it guys - I heard it's terrible but at least give me all the enchiladas so I can be the judge

One night out we got Taco Bell, and I dialed in an order so massive I can't even remember exactly what was in it. I polished it off to the sheer disbelief of my room mates, who then went on the Taco Bell nutritional information website and calculated my meal. It was a bunch of god awful numbers, but the standout figure was the some 3000mg of sodium I'd ingested in one sitting. The question was asked: "Do you just want to go pour the box of salt straight into your mouth next time?"

So I went out to the kitchen, came back with the salt, and applied liberally to my pie hole, as the crowd of two implored me to "Stop, for the love of God!". I did not eat the salt, but the water I used to rinse my mouth with never tasted sweeter as it did in that moment.

Also, the time I ate at least a dozen eggs worth of egg based dishes during the practical exam when I was back at culinary school, after starting the day with eggs for breakfast. That time I felt genuinely ill - copious amounts of Vanilla Coke was the cure for what ailed me.

This. Genres hibernate for variable periods of time, but it's inevitable that old will become new again and brawling becomes the hot new flavour.

....I still have to to run a "Date Barret" play through