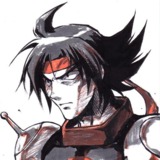 Learning by comparison - LoL vs DOTA2

If you want deep comparisons, you'll not find them here.

If you want anything but my own personal opinions, you'll not find it here.

If you want to be a dick..that's up to you, but it would be pointless.

Week 2 can be found here - link

That said- on with the show.

Yesterday there was a post about how League of Legends (LoL) wasn't really covered here, and that there was a DOTA2 bias - due to Brad and Co. It spurred me to try LoL as I had the time to spare.Anyway having played LoL I thought it would be interesting to compare it with DOTA2 from a completely new player perspective. I've played a ton of RTS games but never a MOBA. I've got some time on my hands and not very much money so it'll give me something to do in the down time.

I will be updating this over the course of the summer as I learn the in's and outs of both games. I cannot stress enough that this is based upon my personal experience with the two games.

Result: LoL is fun..fun enough to make me try DOTA2.

(5 hours downloading and a restart later)

I fucking hate Steam sometimes...well most of the time to be honest.

I know there was a lot more negativity towards DOTA2, but that's purely because I played it second..it's not an overall commentary on the game itself. As HS said to me - DOTA2 is better but it takes longer to appreciate than LoL.

Thanks for all the comments earlier. Honestly I will limit this to one a day so not to appear spammy.

For Day 2 I thought I'd switch around stuff and take DOTA2 first. I made notes during my dead times - so lots of notes. DOTA I play by myself with bots.

In summary - learning characters against the AI before deciding who to main at the beginning seems like a good idea. Time to read up on lanes and who needs to be where. Thank the gods for all that time playing CC or Kite in MMOs. Good stuff with DOTA2 today.

Co-Op with players against AI.

TLDR- lots of home work to do.

aka 'Carry on my wayward bot'

Again thanks for all the helpful comments - today was a doozy.

Before starting I should mention that I currently play to the sounds of Motown...fyi.

Today I was joined by our own TobbRobb to guide (read troll) our way through Co-Op.

After a lunch break, cat break, gym break and hoovering break we returned for:

So what did I learn, dear readers?

Speed, positioning, denying and knowing your role are SUPER important. No different from an MMO in that respect but just in micro here.

I like CC and direct damage Int users at the moment. Will be trying Agility and Strength tomorrow I think.

Great thanks to TR for putting up with my craziness and the swedish heat. I think we genuinely had a good time just messing about..cause you know, this is a game, played for fun. Easy to forget that with all the hullabaloo surrounding it.

aka 'Work on your micro GEEZ' - Dudeglove

I know I said Strength and Agility for today but..today was a day of research. Of watching streams, reading and generally resting my poor aching hand. I don't have the greatest set-up in the world with a crappy dell inspiron laptop, wrist-rest mousemat and tecknet mouse on my painting table but you live with what you have.

Now I'm gonna detour a bit as most of this is theorycraft - or learning what to theorycraft and just random thoughts I've had:

First up is the new ebook from Shoryuken regarding fighting games. It's been in my feed for a couple of days (I'm a KOF/Arc fan) and I thought I'd have a read of the first couple of chapters. A couple things stood out to me as being relevant to my current situation and common in many online games:

It was only a quick read through but there's a lot for me to think about there and how I can apply it to my understanding of the genre.

My second bit of research is more to do with the mechanics and design of the games. I listened to Brad Muir on DOTA Today and he mentioned an article where one of the designers of LoL set out some of their design choices vs old DOTA. Remember this is from 2010 and from their perspective so don't..freak out or anything. I'm really interested in why certain mechanics are the way they are and why the devs choose to do things differently so:

There's more stuff in that post than I actually understand at the moment (or I may not understand any of it) so please do have a look. From a design perspective it's interesting.

Some quick final notes for today:

Apologies again for no real gameplay notes on Str/Agl. It's taken me a while to type this out to be fair. Tomorrow I'll get into strength (time willing) and have some more thoughts about the game design.

Oh and my Steam ID is Jazz and my LoL ID is JazzGB or Ahriman Efreet (long story).

Thanks for getting this far with me.

aka: 'This could turn Hare Krishna into a bad boy'

Quick bits to get out the way:

Aaaaanyway. Today was all DOTA2 all day. No League due to the above messing around taking up my morning.

I then had a look at the agility heroes for 2 matches:

If anyone knows of any good articles/posts regarding the development or ideas behind either games I would appreciate you passing them on if possible. Might also be worth suggesting other mobas just to have a quick compare. I have Demigod somewhere and that Transformers one is browser based (even if they use those godawful movie designs..Drift is crying..somewhere on the Lost Light).

Once again thank you for all your comments.

aka: 'Fuck you Morgana'- Some whiney git.

Before I begin some quick notes:

Okay so, as promised it was all LoL all day:

So thanks to tbk for coming and riding the newbie train with me.

Thanks for keeping with me and the comments. I'll probably do another blog for week two otherwise this will probably crash the system or something.

Well, gosh. It's a week today since I began this journey. I'd like to thank all of you who have commented or spent some time attempting to knock some sense into my brain, it's very much appreciated. Without you guys I don't think I would have ended up this far.

So the quick notes:

I spent this morning with a couple of games of LoL - to be honest I spent most of this morning wanting to jump right back in with Morgana and Twisted Fate. Nearly pulled a Brad of 7am start..but my cat put an end to that by waking me up at 4am. Evil evil cat.