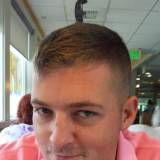 Last week, seemingly out of nowhere, Google announced Chromecast. It’s an HDMI dongle that allows you to stream content to your TV from the cloud using almost any device connected to the same WiFi network (yes, it works with the iPhone and iPad as well as Android devices).

You simply plug the device into an HDMI port on your TV and plug it into a power source (my TV has a USB port right beneath one set of HDMI ports which is quite convenient. It also comes with a power outlet adapter) and you’re (almost) ready to go. Once it’s set up you’ll see a Chromecast button in supported apps and you simply click the button and Chromecast will begin streaming the content on your TV. You can control the content with your device, but you can also exit whatever app you launched the video from and continue using the device while the Chromecast continues streaming.

I have yet to discover if that’s a process you have to go through everytime you use the device on a new WiFi network or if it’s simply for the initial setup. I hope it’s the latter because otherwise it won’t be as convenient of a device as it could be. Sure you don’t have to carry around an HDMI cable, but fooling around with router settings every time you go somewhere new would be a chore.

Overall I’m impressed with the device and for $35 it’s a steal. It initially came with 3 months of Netflix, however due to overwhelming demand Google had to remove that offer (luckily I got in before it disappeared). I’m also impressed that it works so easily with iOS apps, though as of right now you cant use it with the Chrome iOS app (it does support the desktop version). At the moment you can use it with YouTube and Netflix on iOS (I’m not sure if there’s a Google Play app on iOS, but I assume if there is that would work as well) and there should be more content to come in the near future.

So for my birthday my girlfriend got me a case of my favorite beer from the East Coast and a NES! Quite unexpected, but it's awesome to hold that controller again. Going to shop around to find some games today, hopefully I can come across Super Mario Bros. 3 and not have to order it online! (oh and Tecmo Super Bowl would be a nice find!). Any other suggestions worth owning? Also, anywhere else I should look online beyond Amazon and eBay for NES games?

I recently discovered Nick Cave &amp; The Bad Seeds, though I'm not sure how. I think it was from listening to Sirius XMU, but somehow or another I heard the song "We No Who U R" and my jaw immediately dropped. The slow instrumental and deep, soothing yet brooding voice stunned me. It's incredibly beautiful music with beautiful lyrics. The first two lines of the song are as follows:

We go down with the dew in the morning light

Nick Cave's lyrics are beautiful and poetic and for some reason they occasionally remind me of T.S. Eliot and at times his sentence structure makes me think of Hemingway. It could be all in my head, it's been awhile since I've studied either.

To my surprise I discovered Nick Cave &amp; The Bad Seeds has been making music since 1983, and their 2013 album Push The Sky Away is their 15th studio album! Talk about being prolific. I have a lot of catching up to do, but as of right now I'm so in love with Push The Sky away it's hard to listen to anything else. I'm most definitely ordering this album on vinyl, I imagine it'll sound great on my record player.

Two of my favorite songs from the album are actually bonus tracks, "Needle Boy" and "Lightning Bolts". The narrative in these songs and the way they're sung just leave me in awe.

And the girls from Jubilee Street hang out their windows,

And they wave and ask me how I am tonight,

I just love that!

"Needle Boy" is very brooding, it gives me the chills.

Last, but not least, I'll leave you with "We Real Cool" (love the title!)

This weekend my girlfriend and I got bored so we got in our car and started driving around. Ended up on the Main Oregon Trail Back Country Byway outside of Mountain Home and it was a fun drive. Though it was a little rough on my Nissan Versa...I really need an off road car for around here.

I'm not sure if YouTube will allow the music to stay in the video, we'll see. Anyway not the most exciting video but I figured I'd share. Skiing the Showcase trail at Bogus Basin; Boise, Idaho.

Another Netflix original: House of Cards

Netflix is getting more and more into original programming with the return of Arrested Development and the Lilyhammer series. Today its newest original series, House of Cards, debuted with all 13 episodes of season one available on day one. House of Cards stars Kevin Spacey and its list of producers include David Fincher (Fight Club, The Social Network), Kevin Spacey and Eric Roth (Forrest Gump, Extremely Loud and Incredibly Close) among others.

I haven't watched it yet, but the show looks quite interesting. I'm definitely looking forward to watching it. Many people are discussing just how they'll go about watching the series. Would you try to watch the entire season at once, or one episode a week? The nice thing about Netflix's distribution method is it's entirely up to you to decide. It's "on demand" in a sense. This seems like it'd take away from the social aspect of watching a series. For example every Monday you might hear people at work talking about the previous night's episode of The Walking Dead. With House of Cards some of your friends may watch the entire series by the time you're only on the second or third episode. With its original programming, Netflix hopes to change the way television works. Reed Hastings has said:

Imagine if books were always released one chapter per week, and were only briefly available to read at 8pm on Thursday. And then someone flipped a switch, suddenly allowing people to enjoy an entire book, all at their own pace. That is the change we are bringing about. That is the future of television. That is Internet TV. [CNET]

I certainly look forward to the future of Netflix programming, and agree entirely with Hastings' statement that the viewer should be in charge of how they consume their content. I look forward to checking out House of Cards this weekend, and will be sure to return with my thoughts on the series.
1 Comments

I was able to see Compliance, a thriller that shocked and disturbed its audience at Sundance 2012 before its limited August release. The film is written and directed by Craig Zobel who is probably most well known for co-creating Homestar Runner. It is based on a series of prank calls commonly called the <a href="http://en.wikipedia.org/wiki/Strip_search_prank_call_scam">"strip search prank calls"</a>. The film follows the events of the most disturbing of these calls (there were at least 70 reported in all), which took place at a Mount Washington, Kentucky McDonalds.

Without spoiling too much of the movie, basically a guy calls a fast food restaurant and claims to be a police officer who is too busy to come by in person. He instructs the store manager that one of her employees has stolen money and she needs to help him investigate. He tells her he is fully responsible for her actions and the investigation and she won't be doing anything wrong. She is ordered to detain the employee, and things roll down hill fast.

The film explores how people respond to authority figures and just how far they'll go to obey an authority even if common sense seems counter to their actions. The entire movie I was writhing in my chair and nearly screaming at the screen. Who would let these events happen? Who would comply with these absolutely insane actions? Why? And this REALLY DID happen!

I highly recommend seeing this movie and reading about the story. Compliance has an 89% Rotten Tomatoes score and is definitely worth a watch.

The annual end of year Steam Sale has been underway for a few days now and it's been quite an interesting sale. I had $10 in my Steam Wallet going into the sale and I decided to limit myself to that amount for the sale. Therefore I was able to pick up two games for $4.99 each. I bought Hotline Miami and Faster Than Light (FTL). On Amazon I decided to pick up GTA IV for $4.99. I have it on the 360 but figured it'd make for some good jump in and out fun on the PC.