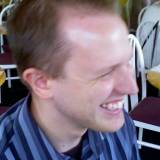 PlayStation Move, Nintendo, and the Battle for Market Share

PlayStation Move, Nintendo, and the Battle for Market Share

Game Developers Conference 2010 marked the official debut of Sony’s much anticipated motion controller, the PlayStation Move. For the first time, press and fans alike were able to get their hands on what SCE Worldwide Studios president Shuhei Yoshida calls “the solution for both casual and hardcore gamers alike.” The obvious question that begs to be asked is “A solution to what?”

The Move is a motion controller for the PlayStation 3 that can most aptly be compared to the Nintendo Wii’s wiimote; both share a similar form and function. The Move resembles a wand with a pastel-colored sphere at the end. Used in conjunction with the PlayStation Eye (a webcam-type camera with a built-in microphone), the Move relies on the PS3’s processing power to plot the position of the sphere in three-dimensional space. In this way, movement of the controller corresponds to movement on screen.

What sets the Move apart from the wiimote is its high fidelity. The Sony motion controller can offer near 1:1 control, something the Wii has always lacked. Combine that with the processing power of the PS3 and the audio/visual input from the Eye, and developers have at their disposal a compelling platform that is technologically superior to the Wii in almost every way.

So what does Sony hope to accomplish with their new peripheral?

According to SVP of Marketing and PlayStation Network, Peter Dille, Sony wants to position the PlayStation Move equipped PS3 as the HD upgrade for current Wii users. “Many of these folks are going to soon be adding a high definition television to their household or they’re going to want to stay involved in gaming and they’re going to be looking for new and different experiences. We like to think the migration path from the Wii household to the PlayStation 3 household is a pretty natural path,” said Dille.

Unfortunately for Sony, if there is one thing that can be taken away from the current generation console war, it’s that the average Wii household has little interest in “new and different.”

Sony’s strategy of pursuing Wii households definitely makes sense. Within the current generation of consoles, Nintendo has been the behemoth. The Wii has sold nearly as many units as the Xbox 360 and PlayStation 3 combined. According to corporate filings, Nintendo had an install base of approximately 67 million units worldwide as of December 31, 2009.

The problem for analysts, developers, and hardware manufacturers is that the average Wii user is hard to identify or predict.

When one looks at monthly (and yearly) sales figures, a somewhat bizarre trend starts to emerge. The top selling Wii games are titles which have been on the market, in many cases, since its launch in 2006. Wii Sports (2006), Wii Fit (2007), and Mario Kart Wii (2008) continue to make appearances at or near the top of the monthly sales charts. Another interesting quirk of the Wii owner, according to Yahoo! Tech, relates to the number of games sold per console. The average Wii owner owns about 3.5 titles compared to about 6.5 titles for the average Xbox 360 owner.

All of these numbers point to one conclusion: Wii owners are not an adventurous group.

Why Sony believes that its new motion controller can lure away Wii customers remains a mystery.

According to Dille, “PlayStation Move is revolutionary and a step ahead of anything on the marketplace.” While Move’s technical supremacy is unquestioned, the assertion that it is “revolutionary” is sure to raise some eyebrows. There is very little that Move can do that the wiimote doesn’t already do. Move just does it better and more accurately. Sadly, that alone will not be enough to capture the imagination of a consumer who has been content playing the same game for 4 years.

If Microsoft and Sony are really interested in making serious inroads into Nintendo’s market share, they will only do so by introducing products that are truly revolutionary. With both Xbox 360 and PS3 at the approximate midpoint of their 10 year hardware cycle, true innovation is highly unlikely.

Sony’s best bet is to position PlayStation Move as a value add incentive to its current lineup of hardware. This strategy would not necessarily result in a dramatic increase in sales of PS3 systems, but it would make the Wii a redundant platform, lessening cross-ownership. The net effect is fewer dollars spent on Wii software and more on PS3 software.

While PlayStation Move might not launch Sony into first place in the console wars, it should at least breathe some life into the brand and help keep the PS3 relevant for the remainder of the current hardware cycle. Sony can expect to make back their R&D dollars at the very least, and it is quite possible that Move will push them past Microsoft. Only time will tell.

PlayStation Move might not be “the next generation of motion gaming,” as Peter Dille states, but it will add another dimension to the PlayStation platform. With a launch date slated for fall of this year, Sony has ample time to prepare itself for what might be considered “round two” of the console wars. While many questions still need to be answered, one thing is certain: When it comes to competition between manufacturers, the gamers will always win.