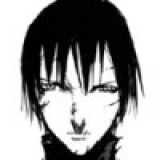 If this game is an Anomaly, then I want more! 1

Anomaly: Warzone Earth is the first title from the newly founded 11 bit studio, in Poland. And it’s a mighty fine start; the game sets its roots in Tower Defense concepts, but cleverly turns it around, placing the player in charge of the attacking forces rather than the defensive ones — this time around you won’t be deploying towers and turrets or any other contraptions in order to stop waves of enemies. No, Anomaly has you playing on the offense, evading stationary towers and/or destroying them...

This little independent gem with somewhat shoddy graphics is, in my humble opinion, the game of the year. It doesn’t matter one bit that Amnesia’s budget is a drop in the ocean compared to this year’s AAA titles, because this game is all about masterfully creating a mood, and ultimately, an intense sense of dread and hopelessness-- while displaying some great storytelling at the same time. In a day and age where pretty much all the big games out there feature powerful weapons and lend the player...

Not a game for the masses 3

Don’t make the mistake of thinking this is a shooter; this is a stealthy survival horror game more than anything else. If you’re looking for a run and gun shooter, you better look somewhere else, ‘cause if you play Metro 2033 as such, chances are you’ll run out of ammo way too quickly, die way too many times and eventually end up hating the game. But if on the other hand, you prefer a more careful and patient approach, as well as an incredibly immersive experience played in a first person perspe...

There is undeniable great fun to be had in Singularity 0

Singularity is, at its core, an old school shooter; but it’s also more than that. There’s an aura of survival horror around this game almost from beginning to end, and then there’s also the presence of some modern puzzle game components. These riddles are actually quite basic and very easy to get around, but they do serve a purpose, which is, in my opinion, to slow down the action rhythm and to make the player more aware of the surroundings and more involved in the story. After all, this is a ...

I’ve been a huge fan of the Splinter Cell series ever since the first one was released and I’ve grown to know and respect Sam Fisher throughout the years. And that is why I feel that this iconic videogame character deserved better. I tried to convince myself that “Double Agent” had been a fluke and not the beginning of the end for the stealthy franchise, but truth be told, “Conviction” is nothing more than a capable third-person action adventure game. The storyline is feeble and dull and it is o...