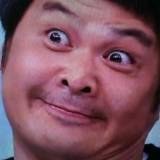 GB's ruse to get more people to blog by making it a quest seems to be working and I see to be one of the people to fall in to it's traps. Although I won't just spit a bunch of nothing for the heck of it, I'll be blogging about my first experience with the indie game Sleep is Death that came out today for the PC.

My friend Miku ordered a copy and gave me the second that comes with it, since it's a two player game. We waited for it's release and eagerly started it up as soon as it came out. The difference in experience for the player and the creator is pretty big, we realized. I, being the player, had a pretty laid back time as I reacted to what was going on and dealing with the situations that Miku threw at me. Whereas Miku on the other hand was constantly asking 'where things were' and 'how to do things'. Default settings allow the player 30 seconds to react to the situation and the creator 30 seconds to put things in to place, respond, add effects... etc. so when I decided to something like leave a room and go in to another one, Miku had mere seconds to get a room ready, fill it with people and appropriate objects and generally set it up for the continuation of the story which lead to a lot of unfinished speech bubbles and things being in odd places like floating little girls and people simply disappearing or reappearing in the next frame.

The game is open source and easy to edit the options, so going back and fixing so that the creators have more or less time, depending on how you want it. I can see that after getting used to the somewhat complicated creator screen, this game is going to be a lot of fun, but right off the bat and with no tutorial built in to the game itself it comes across as pretty overwhelming to a newbie; lots of buttons, settings, models and editing screens... it's easy to get lost. Me and Miku will definitely be going back to play  more of the game and get better acquainted with it but not before we look up some tutorials or something first.