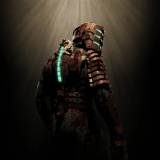 I caved and bought a game through Origin

I couldn't pass up the $5 dollar sale for Battlefield: Bad Company 2.  I'd been interested this title for awhile and the price was too good to pass up.

When Origin was first announced I reacted like many others and said, "Gah I just want all my games on Steam so I don't have to deal with multiple clients."  I have to say though that at this point I have a mostly positive opinion of Origin.  The price was right obviously and once my order was completed the actual download was pretty fast, probably faster than the download experiences I've had with Steam.  I never felt like the Origin client was in my way in any manner (which is a huge deal to me) so I was fine with it.  I hoped into my game without being bothered by the client or any sort of message.  That's always a plus.

I do have some criticisms.  The client software needs a little polish in it's presentation.  The menus and sizing just seem a bit off to me.  Also, and I consider it significant, when I ordered my title it took a bit to process as opposed to the experience I've had with Steam where purchases always seem instant.  Now I placed this order at midnight on a Friday so maybe it was an issue on my bank's end especially for an order through a new merchant.  I was tired and wasn't going to play that night anyways so I downloaded in the morning without a hitch at incredible speed.

Will I probably continue to use Steam as my primary place of purchase of games?  Yeah, probably especially since Origin only covers EA published titles and I personally have no complaints with Valve.  However, if I saw a good price or pre-order bonus from Origin that I thought was a great value I wouldn't hesitate to pick up a title through Origin.

Blogs Created:
1 blog
Most Commented blog:
I caved and bought a game through Origin
Total Comments on blogs:
16 comments