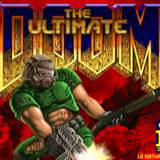 A good atmospheric game that doesn't do too much beyond the basics. 0

The phrase &ldquo;Walking Simulator&rdquo; gets thrown around a lot when talking about games such as Dear Esther in a derogatory manor. I do think that stuff consisting of exploring an environment while the plot happens in an unconventional manner does have a place, regardless of popularity, which is an unpopular opinion.Dear Esther was originally a first person exploration mod for Half-Life 2 in 2008 by a small group of modders called The Chinese Room. 4 years later, in 2012, the game got remad...

It was 1992, and the Super Nintendo Entertainment System was in full swing, having been released in Japan, North America, Europe and Oceana in the last two years and it was selling like hotcakes. 1992 was also the debut of Super Mario Kart for the SNES, eventually going on to sell 9 million copies. It allowed you to take control of one of eight characters from the Mario games and lets you race against the other Mario Characters in kart racing.Because of its success, dozens of clones were releas...

A decent endless runner that's worth checking out, but only if it's on sale. 0

Endless runners exploded when the iPhone&rsquo;s App Store was introduced. They all have an easy to understand concept, easy to use controls, and low barrier of entry for both developer and user, so It&rsquo;s easy to see why. Trying to get the onscreen character as far as possible through an environment as far as possible without hitting any of the obstacles makes for a pretty good and addictive time waster. But due to the low barrier of entry when developing for this genre, endless runners are...

A fun game to play during your lunch break 0

Now for something completely different, Off-Road Velociraptor Safari. Off-Road Velociraptor Safari has a premise that is fairly easy to understand, you control a monocle and pith helmet wearing velociraptor driving a 4x4 and the aim of the game is to try and get the high score by performing stunts, damaging the jeep during collisions, collecting orbs, and killing the velociraptor’s which run around the area by hitting them with your car or with a chain and ball attached to the rear i...

Translating Duke Nukem to the Gameboy Advance would be pretty much impossible since it's know for having strippers, swearing and violence (see the shrink ray and stepping on your shrunk enemies), everything that gave the game its personality. So when it got its own version on the GBA, the game went the way of the Doom and Wolfenstein 3D ports and removed the ladies and profane language had been taken out and toned down the violence. But the end product, although is what is expected f...

An extention of a game that is underwhelming 0

SkyRoads XMAS Special (DOS) - Game Review    After the success of SkyRoads, Bluemoon decided to release another version of their game, a Christmas themed edition called “SkyRoads XMAS Special”. Is it me or did every developer release holiday inspired levels, add-ons or expansions around this time? The core of The SkyRoads XMAS Special are the same. The controls, platform specific power-ups (or downs in some cases) and even the Oxygen and Fuel gauges have returned. While is just a map pac...

An arcade style game that isn't too bad 0

SkyRoads (a polished-up remake of the company’s previous obscure game, Kosmonaut), is a simple racing game that was released back in 1993 for DOS by Bluemoon. In this game, you take control of a futuristic ship that is used for racing (said loosely, since there is no racing in this game and I assume that is what it is used for). The objective of the game is simple, successfully finish a series of tracks without crashing your Skycar (a term I will now use for this review since I have n...