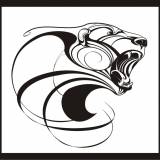 #1  Edited By Mongobaer
Any news on an expected street date?
11 years ago

#2  Edited By Mongobaer
The GB crew is really on the ball down there. Thanks guys.
11 years ago

did it as well. Meh.

#4  Edited By Mongobaer
That if you assume that the lawsuit is acurate. Remember in Activsion's counter suit to Z&W lawsuit it states that Activsion was persuaded to delay bonus by Z&W. Also why wait until now to file this? Precedent  has been set by EA Spouse's Lawsuit. As I've said, this is keeps coming back to Z&W and their actions. Z&W are banking on the judgement of the court of public opinion will actually trump anything else.
12 years ago

I hope the day finds you happy and healthy.

I’m little delayed this week due to a guest appearance on the Pink and Deadly podcast. A good time was had by all. That episode should be up next week. Check out the ladies. You wont be disappointed.

Anyways on the the meat of the week. If you follow my show (Gaming Unlimited) or pay attention to the gaming industry, you’re aware of the dust-up between Activision and the former heads of Infinity Ward (Vince Zampella and Jason West). Well the story has gotten more muddied. Our “friends” at Kotaku posted a great summary of the events so far here.

Last week Activision counter-sued Zampella-West. This was of course reaction to Zampella-West suing them. I’m not going to into the details of either suit, that information can be easily found. Among last weeks developments was the announcement by Zampella-West of the creation of Respawn Entertainment. Now this is interesting due to a couple of factors. One: This new “studio” is being founded on funds from EA (one of Activision’s competitors). Two: the timing of both the announcement and formation seem to have happened at Warp Speed.

From here is my opinion. This may or may not reflect the views of anyone else here at The Total Gamer. Please bear this in mind when commenting.

The more details I hear, the more I’m being swayed towards Activison’s side on this. No body in this is pure as the driven snow and there’s plenty of blame  to be spread around. I know that I’m in the minority on this. I’ve been moderately following this via Kotaku.com and Dan Amrich’s One of Swords podcast. Dan does talk about this on the ‘cast but not to any great length on the website.

With that being said, I have to ask what’s with the insta-hate for Activision? I mean from second 1, the group mind decided that this was all Activision’s fault. I really don’t think that was either appropriate or fair, especially when very few people knew all the details.

I’m sure by now you’re wondering why I’m starting to side against the Boys formerly from IW. Well, a couple of things. Based on the third and fourth hand information that’s out there, I’m starting to think that Zampella and West played Activision for fools. The main argument I seem to see from the group mind is that Activision some how took advantage of IW when IW sold themselves to Activision. I’m starting to get an impression that the then leaders of IW basically threw a temper tantrum when they were told that they were expected to behave in a specific manner.

Bottom line on this is nobody’s coming out of this clean. I can’t say I’ll never buy another Activision or any game from Respawn, but knee jerk reactions and insta-love/hate has served no one.

That’s my opinion. What’s yours?

#6  Edited By Mongobaer
Do what's right, not what's easy.

Because words are cheap.
12 years ago

#7  Edited By Mongobaer
0. I bought my Pro a year after lauch and upgraded to an Elite about 8 months back. I guess I'm one of the lucky few.
12 years ago

#8  Edited By Mongobaer
You know it gets hot in the summer.
12 years ago

OK. I was going Abbot and Costello. Where are you going because I'm not sure I'm following.
12 years ago