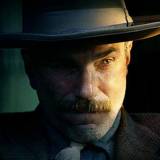 I say they either get fans to pony up money now (I would gladly give them $60) or find a way to just have fans donate (I would gladly donate $100) where each fan that donates more money than necessary, let's say $100, gets the game. This isn't the most feasible solution, but hey.

So I have to setup a trap in Dragonsreach so that I may trap paarthanax (sp?) and kill him. The issue is however, there is no more Jarl of Whiterun because I defeated him in the quest where the stormcloaks take whiterun. Does anyone have any suggestions as to how to complete the question I'm currently doing?

Maybe jets just aren't your strength. When I play with my friends we have a designated air support person. So us infantrymen and ground vehicles spot large target for him and then he swoops in and drops his bombs...how is that useless?

I feel like you should qualify your poll as psychological research shows that "at-risk" children may be more prone to influence from videogames, although that isn't to say the "normal" person is. For instance, there is a correlation between high serotonin levels in adolescence and aggressive, anti-social behavior later in life. Now I'm not saying that high 5-HT levels, which may lead to aggression, are the ones at risk. It's just an example of what I mean by my first statement. Research basically shows that kids which show aggressive tendencies to begin with will be influenced by the violence in videogames, movies, music, comics, etc... anyone prone to something will be influenced by that which emulates that thing. However, the general populous, the average-joe kid, is not influenced by video games.

@Mcfart: Hey do you remember that one time someone decided that their pc and its performance was indicative of the GENERALIZED STATE OF THE ENITRE PC GAMING INDUSTRY!!! Yeah, that just happened.

@SturmMajere: I really don't think this should be dignified with a response, howvever... DOTA is one of the biggest mods to ever come out for a video game (also see: Team Fortress, Day of Defeat, and Counter-Strike). The fact that you haven't heard of it, doesn't mean it isn't. The fact that you don't seem to understand and then proceed to ask why people care is to not understand math and ask why we use it (extreme imperfect analogy, I know, but follow me here). To know what DOTA is, go to the following links: http://www.playdota.com/ and http://en.wikipedia.org/wiki/Defense_of_the_Ancients

After that come back and ask people that play the game why they love it so.

Furthermore, your statement that pc gamers are "starved" for games, isn't really a factual statement.

And as a side note, much like Wikipedia, Giantbomb is a WIKI site, thus sometimes information on the site will be wrong, and thus you should always confirm what you learn here with an official site, such as the first one I provided above.

@Jeust: I feel at some point I misread your original post(I thought we were talking about genres for some reason) , and I agree with everything you say, but I guess I'll add that I do not think this is really going to change the landscape of gaming all that much. If anything your biggest sellers will still be your AAA games. Although, it will be nice to see some of these more accessible, indie games become the darling of the media spotlight. (e.g. Giantbomb focusing a lot of attention on Supergiant Games "Bastion").

I think what you are trying to get at are the influx of indie games that seem to permeate the digital distribution stores we all have come to know and love. I don't know that this is a new genre, but a result from the demand to have more digestible material at a more proper price point. Not every game can be a $50 or $60 game. Nor can every game have a single player, multiplayer, and co-op experience all rolled into one. So what you are seeing isn't really a new genre, but rather an evolution of the gaming market in general--especially on the pc. I'd prefer to buy Rock of Ages at this point than buy Space Marine (especially given the awesome sales the digital distributors have from time to time), for the mere fact that it has a unique style and doesn't cost all that much. The games will answer to the market, and the market currently says give me innovative stuff at a cheaper price. The games will still fit into their respective genres. And really, to categorize the games into genres is to fall in line with what humans tend to do—see patterns in things where patterns don’t actually reside.

My question to you? Why would it not. Consoles use processors just like pc's do, in fact anything that uses a processor is affected by Moore's Law. All moore's law says really is that processors will get smaller and smaller as time goes on, and more powerful. However, there is a limit to the number of processors that can be fit into a space and so we end up with multiple cores, and eventually there will be 3d transistors and such. This is a crude rendering of Moore's law but what it means for consoles is that, yes, eventually consoles will need to use processors that have been adapted to the fact that Moore's law may not be relevant anymore as we reach a specific threshold. If it uses a processor, it is affect by Moore's law. In fact, most technology is affected by it. For more on this topic:

Now wait a minute...consoles get server browser and apparently pc players do not? Why does this not make sense