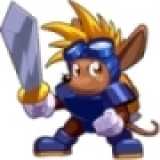 Here is a interview I shot and edited with Justin Pappas about Ape Law's first game Albino Lullaby. We talked about the game, horror, and the future of VR.

The Dyscourse behind the scenes documentary is out!

Owlchemy Labs' game Dyscourse is out now! I had the honor of making the behind the scenes documentary for the game, and it's out now as a part of the Special Edition of the game! Check it out if you're interested in the game, I'm super impressed by the hard work Owlchemy put into this game and I'm glad I got to help show it off!

No Indie is an Island

Here is the second panel I filmed at PAX East 2015, it covers why a community is needed for independent studios. It features Trevor Stricker from Disco Pixel, Tom Fulp from Behemoth, Eian Glinert from Fire Hose Games, Dan Silva from Lantana Games, Ichrio Lambe from Dejobaan, and Tyler Glaiel.

What You Absolutely Must Do to Get Into the Games Industry

I was at PAX East this past weekend to help some friends film some panels they were on, and the first one is up! It's about finding your way into the industry, and how each of the panelists found their own way into getting to work with games. I'm almost done with another panel about networking as an indie, that will be up sometime next week. Enjoy!

The first three episodes of the Fire Hose Games series!

I've been working over the last year on a series of videos with Fire Hose Games! The first three episodes are up! Go watch them! I've been working really hard on these and I'm glad I can finally share them with everyone! A new episode premieres every week!

Hey, I shot and edited an interview with Disco Pixel's Trevor Stricker talking about indie development, their new game Jungle Rumble, and working in Boston.

Here is the PAX East episode of Indie Land! If you want awkward, sarcastic coverage of video game conventions, then you're at the right place!

Episode One of Indie Land is done!

My friend Ryan and I have started a show about independent games around the Boston area called Indie Land. I posted the interview with Fire Hose Games earlier but here is the whole first episode! Check it out!

Hey, my friend and I are starting a show about independent game developers around the Boston area called Indie Land. Here is a sneak preview of the first episode that will be on youtube next week, we interviewed Fire Hose Games about PAX, Go Home Dinosaurs, Sony, and ice cream.

School is done! I'm going to be starting this up next week starting with Baldur's Gate. Instead of reviewing a game when I finish it, I'm going to be giving out updates whenever I feel like it's necessary