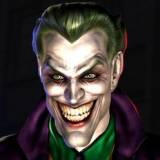 Why I stayed at Gamespot... why I left.

There is just two reasons I stayed at Gamespot. The great presentation, video reviews, special video features, all the guys (jeff, ryan, alex, rich, brad). Then that reason went when Gamespot.... well we all know what happened. Then all the great people left, and now their video features are LAME. I still had one reason however. The forums. I liked the way they were designed, it was fun to talk and easy to get where I wanted to go, alot better than ign's forum. Even if I did hate the mods and how they were giant douches. Thats the last reason I stayed. Then i heard about Giant Bomb, so I came over and followed the blog and now we're here, the launch, the explosion of THE Giant Bomb. And with this explosion went my reason to stay at Gamespot. Giant Bomb's forums are great, with a HUGE community that loves the guys that got effed over by CNET. So now I don't go to gamespot, instead I come here. A community focused site created by the guys I loved the most at Gamespot. A site where the community are half the editing team. This is why I love Giant Bomb. And why I left Gamespot.

GIANT BOMB KICKS ASS. Gamespot let their best men go. Bad move CNet.... Giant Bomb is gonna get cha! And when it does... KABOOM!!! This bomb is PSYCHED to go off! And I'm psyched it has!