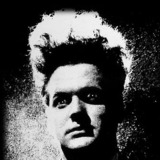 Last year's list was quite a success, so I figured I'd do it again! Here's some of my favorite heavy music from this year. This time, I'm abandoning the numbering because frankly, I can't decide. There was a lot of great releases this year - with a few surprises I didn't see coming. Let's go!

First, a few albums I enjoyed but don't have much to say:

Horrendous - Anareta - A fresh take on old school death metal. This is a young band making big moves in a short period of time.

Drudkh - A Furrow Cut Short - Epic-but-ambient black metal from Ukraine. These veterans still got it, I just didn't give this one enough time this year.

Uncle Acid & the Deadbeats - Night Creeper - Not metal, but dark and groovy rock with big riffs. A competent album but I can't shake the fact that they may hit their high point with their sophomore, Blood Lust.

Lucifer - Lucifer I - Another non-metal band, this is more classical rock with a beautifully-voiced female lead. Check out her short-lived but amazing other band, The Oath, too.

Sivyj Yar - Burial Shrouds - A lone Russian crafts some excellent, heartache-inspiring music. This isn't in my top 10 only because his vocals have never really done it for me but man, the music is great.

Melechesh - Enki - Mesopotamian black metal. These guys wear their middle eastern heritage on their sleeves - producing a unique and fun sound in the genre.

And in no particular order, my 10 favorites:

One of the surprises I mentioned - a band (single guy again) whose previous work I am unfamiliar with. This black metal album has an atmosphere that is disconcerting with a relentless pace full of blast beats and kick pedal. Don't let that turn you away, though, because the fast drumming is often paired with melodic guitars (in between the utterly blistering riffs). The Dreaming I drops the listener into a nightmare that twists and turns when you least expect it, with some great production quality that doesn't sound plastic. I love the album art, too.

Another surprise: Obsequiae are the medieval black metal band I didn't know I wanted. I really dig the effect this band is using with their guitars - they use a weirdly buzzing grind that produces an almost old-sounding feel that maybe wouldn't sound out of place in the 15th century (if they had electric guitars). Aria of Vernal Tombs evokes the sound of traversing the landscape on horseback while the sun glistens off ruins (they nailed that album cover). The vocals are harsh, as one would expect, but aren't at the forefront. Instead they take a bit of a backseat, echoing off the guitars as a compliment. The metal outings are broken up by a few instrumental tracks featuring only a harp. These often reminded me of the ambient music in Elder Scrolls IV: Oblivion, which is never a bad thing.

I definitely thought it was over for Ghost in terms of my interest. Their debut was the catchiest satan worship I had ever heard - I listened to Opus Eponymous on repeat for months. Infestissumam, the follow-up, was...ok, but nowhere near Opus. After a few singles were released for Meliora, it seemed like the gimmick had run its course, leading me to think I'd skip this one. I was wrong. Once the full album was available, the previously-lackluster singles took new meaning, fitting perfectly into the band's most ambitious record yet. It feels like an apology for Lucifer - an earnest and heartfelt explanation for embracing the dark side. Maybe the fallen angel wasn't such a bad guy.

You probably know what Ghost sounds like, even if you don't like heavier music, but here's the official full album.

Krallice is a challenging group. Upon first listen, you may only hear noise. Admittedly, it took me almost a year to appreciate their debut, self titled album. This is a band that has a whole lot going on in their typically-lengthy songs, but you can almost always find some new aspect to appreciate on every listen. This year's stealthily released album, Ygg Huur, is actually a breath of fresh air, featuring much shorter songs. Compared to their past work, these songs are a little choppier, packing a broad range of sounds into a small amount of time. Krallice is hard to explain, just give them a shot.

Here's a band completely outside of my typical style - and it's one of my most listened-to albums this year! Sumac is primarily a two-piece, featuring only one member I recognize, Aaron Turner (Isis), on guitars and vocals. This is seriously one of the heaviest albums I've heard this year. Sludge, post-metal, maybe some black or death metal - there's a lot here. The riffs are so thick you can chew on them, backed by a drumming whirlwind of technicality that leaves me dazed. The Deal is just absolutely crushing.

Leviathan is another one-man black metal band who has been in the game for quite some time. Fun fact: Wrest (as he's known) actually collaborated with Aaron Turner^ on a supergroup of sorts, Twilight. I've flirted with Leviathan's previous albums, never really sticking around long, because this is some dark stuff that really requires a specific mood to enjoy. However, Scar Sighted feels a little more ambitious and, dare I say, approachable at times. It's more experimental, but is still chock-full of Wrest's signature self-loathing. Its a great evolution in direction that I really hope he continues. Also, he's a talented artist that has done his own album artwork (and some others), with some really cool stuff done for Scar Sighted.

Abigail Williams has seen many lineup changes and many style changes over the years. They started out weirdly as metalcore with a black tinge, got a little symphonic, went full on atmospheric a la Wolves in the Throne Room on their third album, until this - The Accuser. This album is a dirty and angry blast of speed full of raw emotion. Abigail Williams finally feels like they found their own thing instead of aping typical styles. (Don't get me wrong, I appreciate their previous stuff, too). I'm hoping they stick with this direction.

Tribulation - The Children of the Night

Tribulation is doing something special. Progressive black/death/(goth rock?) We can throw around a lot of genres with bands this year, it seems. But in reality that's a wonderful thing - that a lot of music in general is getting that much more difficult to define. The Children of the Night really is nailing it from the metal side of things. The vocals are still harsh, but the music is a bit poppy. There's still heaviness to be heard, there's some psychedelic trance inducing passages, there's glam metal solos. I had the pleasure of seeing them open for Watain once and they reproduce this quality production in the flesh.

Enslaved is one of the oldest black metal bands. They're partially responsible for making the genre what it is today. After 13 albums now they are still killing it. About half way through their career they transitioned to a more progressive sound, while holding on to their viking/folky roots, in one of my favorite albums Below the Lights. In Times very much reminds me of Below the Lights: crushing rhythms backed by airy, chanting vocals that devolve into guttural growls, 'big' soundscapes, the folk chants. It's all here, and never ceases to be compelling after multiple listens.

Panopticon is a band I've known of for years, but never really was hooked by the more southern-folky crusted take on black metal. Yet again a one-man band, and only a year between the past release Roads to the North, Austin Lunn finally delivers an album I can wholeheartedly say I really like. This feels like the culmination he has been working towards: still incorporating his folk and hardcore-riff roots, but expertly placing them to make the album more cohesive. A real gem.

Thanks for checking this out! What heavy stuff did you like this year? There's plenty of other things I didn't get around to hearing yet, but I'm sure I missed some gems.