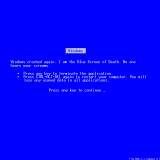 The Victim, The Sadist, and THe Demon

The boy walked through the hallway slowly. Slowly. Slowly. Slowly. Though his pace was slowed, his heart quickened with every step. The Child went forward as a lamb to the slaughter. The fear of death gripped him, for his parents have lied to him before. His parents betrayed him again; he knew it to be true. “It won’t hurt a bit, son,” his mother coaxingly suggested. It was a sadistic lie, and he knew it. He was still brooding over his’ mother’s deceit when he was forcibly detained. Seated, he stared spitefully at the man in the white jacket. The white jacketed Demon smirked and reassured the Sadist, who brought him here, that all the kids are like this their first time. ‘What does he do to the other kids,’ the victimized child pondered. The white jacketed Demon moved out of sight—this worried the child, but it did not faze the Sadist. The Demon reappeared, and the blade he donned glistened in the sun. If the victim was in his right mind, he would have wondered why the Demon kept so many windows in his dungeon, or why for that matter, his dungeon was on the ground level. The Demon edged closer, blades in hand. The blades closed in upon his head, his only head, of which, he was quite fond. Snip. A golden lock dropped to the floor, painlessly as promised.