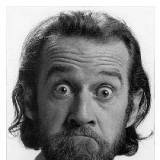 We all know the Nintendo Holy Trinity. For those that don't know, its the 3 main franchises that Nintendo is most known for and the reason for their continued success. Those three franchises are Super Mario, Metroid, and Zelda.

Naughty Dog.
I'm going to start with Naughty Dog because they are my favorite of the three. Naughty Dog started with the Crash Bandicoot trilogy on the PSX giving playstation owners a Mascot and a fantastic 3D platformer for a time when there were none to speak of, even Super Mario 64 was a month away when Crash Bandicoot was released. When the PS2 came around Naughty Dog developed a new IP for a new system, Jak and Daxter. The Jak games are by far some of my favorite action platformers of all time and hold up very well despite their age. Jak and Daxter 1,2 and 3 still have a home on my shelf. Uncharted: Drakes Fortune kicked off Naughty Dogs presence on the PS3 and quickly became a "killer app" for anyone deciding whether they want a PS3 or not.

Insomniac.
Insomniac started on the PSX with the Spyro the Dragon trilogy. Spyro was the playstation game everyone played and everyone has fond memories of, and in some cases was the first 3d platformer they had ever played. The dialog was always funny and the gameplay was always fun. On the PS2 Insomnic developed Ratchet and Clank series. It shared the fun and humour of Spyro, but with a slightly more mature attitude. Continuing with their exponential growth in maturity Insomniac developed Resistance series on the PS3 giving PS3 owners the thrill of "tea-bagging newbs" that was once only available to Halo owners. As well as continuing their Ratchet and Clank series with the R&C Future trilogy.

Sucker Punch.
Sucker Punch is the weakest of the three, only because they didn't get into the playstation until the PS2, but they definitely started strong with the Sly Cooper series, Sly 3 still being the closest thing you'll get to an Ocean's 11 videogame. They recently got in on the PS3 with the highly rated inFamous.

Though Killzone, Metal Gear Solid, and Final Fantasy may be the games everyone talks about. Sucker Punch, Naughty Dog and Insomnic have given us IP's that truly define the Playstation past present and future and for that I consider them my Playstation Holy Trinity.

This is of course just my opinion and feel free to disagree.

The Future of Console Gaming (and how we can stop it)

Disclaimer Edit: This is an outdated opinion that has since been proven incorrect.

This is my first ever blog (yeah I know I'm late to the party) and I thought I'd make it easy on myself by just copying a post I made a few minutes ago about who will win the "console wars." While I think the whole console wars thing is stupid fanboy fighting, and the only people who should care are the companies involved. I think that if Nintendo continues on their current path it could be disastrous for us. If Nintendo wins we all lose. By "we" I mean people who love a good game. You can kiss games like psychonauts and shadow of the colossus goodbye. If Nintendo proves to Microsoft and Sony that casual games can make a killing, that's all that will be made. We'll be lost in a sea of minesweeper, bejeweled and games of similar shallowness. No company will take a chance on anything and the casual players will never know what their missing. Because They never played Zelda, or Silent Hill. Those classic franchises we so love will live on. But they will be dumbed down severely. So you'll see Metroid, Half-life, etc. get turned into god awful party games, and mini-game collections or something similar. So at that point we either have to suck it up and try to enjoy Pizza Maker 4: Now with more toppings! or pull some homebrew genius. And of course stop ignoring those little known but highly recommended slices of awesomness out there.
2 Comments