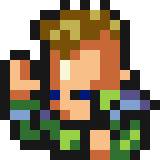 Back In April of this Year Gabe Newell CEO and Co-Founder of Valve invited Michael Larabel of a Linux news site (known as Phoronix) to express his new love for Linux. There Michael got to see a Native version of Left For Dead 2. There the game ran with no WINE libraries no 3rd party emulation just 2 things Left 4 Dead 2 and Ubuntu 11.10.

Now to me I was excited, Cannonical to company behind the Popular Linux Distro Ubuntu had made headline all year with stuff like . Ubuntu TV and Ubuntu for Android. Then EA showed up at their convention releasing 2 popular web based games for Linux via Ubuntu Software Center. Plus Desura was making tons of Head way with Linux gamers with their Indie Client.

Some time had passed and no word on Valve everyone even me began to think this was another hoax about Steam for Linux. But on June 6 low and behold a eager fan Joe Davinsone mailed Gabe and asked 2 questions. Is steam coming to linux? Will the Client be released before the end of this year? Gabe Newell responded with this. "Yes".

Now The Linux gaming community was going nuts, I myself was one of those people. My mind brewed with thoughts of possible game that could get ported to Linux and the number of dual booters who have been waiting for this opportunity to finally switch to Linux for good.

Over a little more time I would read about some well know Linux Developers signing on with Valve as part of the Linux Team. People like Timothee Besset who was ID's main "Linux" guy. Sam Lantinga who used to work for Loki and is one of the creators of SDL (Simple Directmedia Layer....you may have heard of it.). Forest Hale the man who made a Linux fork of ID's Quake Engine which is widely used for Nexuiz and Xonotic. And lets not forget David White the creator of my fave Linux open-source Strategy RPG Battle for Wesnoth.

Now the community was still wondering if this is a dream come true or is this still a hoax, alot of the community was high hopes but a number of people did not want to get their hopes up for nothing. Gabe at E3 this year mention to some gents from Norway from a site called DBTV.no quickly asked Gabe about Half-life 3 and what was he doing at E3 this year. "Talking to our Steam partners about our 10" UI and why we are supporting Linux." Again as soon as this hit the Web Linux gamers went Banana's. To top it off as of July 16 2012 The Linux team which stayed very quiet created a valve linux team blog page and the ambitions for Linux. Now I read this blog and felt like the rebels and the Ewoks when the second Death Star blew up. What got me excited was the fact that Valve is not just making a client and saying "Here, now shut up." They are truly genuine on making Linux their new home and want to do open-source material, help fix things on Linux to bring more people . In regular Valve style they want your input about Linux and what we want added, fixed, what have you.

Now for this blogger this means a great deal to me. Ubuntu is working hard to be the face of Linux and the average user so more with switch to Linux Steam is going to help with that in a huge way. With Ubuntu TV coming soon we could see Ubuntu TV and Steam working hand in hand. Valve is quickly taking the spot as "Tip of the Spear" for the new Crusade on Linux Gaming.

Now I also am a Religious user on Desura and I really want Desura to Succeed in the gaming market. Imagine in the near future when more and more companies put games on Linux. The next time you get a new computer you will save almost 300$ by not putting on Windows. That's alot of games. I will Post links to all pages main one being the Linux team Blog. Send a message to the team let them know what they can do for Steam on Linux.