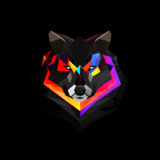 Well, it's been about 4 months since I've come on to GB because I've been in medical school in another country and I just don't have time. I get 2 weeks vacation, and it's already over, I go back next weekend.

Man do I miss games, if you've done the math, I've missed pretty much all of the big games that came out, the ones I'm most sad about missing are MW2 and Borderlands. But I still managed to get AC2 on sale from Amazon for a cool 40 bucks, so I thought, "what the hell, I'll beat it during my vacation." So when I get back home last week, my package was awaiting me with my brother, excited as I was, even though I arrived in the airport at 1:30 am, I popped it in right away when I got settled and played through the night.

I wake up next morning to find my brother using my xbox to watch a movie, I told him that I don't have time to watch movies, I want to finish AC2. So as he puts in the cd, he accidentally knocks over my xbox, and a terrible clicking sound is heard. I immediately take out the disk, afraid of it getting scratched, and there is this perfect little ring of scratches around the cd. Of course, I was only about 8 hours in, just completed the first Tomb in Tuscany, and now I can't play any more. It's been 4 months since I even picked up a controller, and now I'm stuck with nothing to play, and no time to play anything new. I'm sad, this is turning out to be a pretty pathetic vacation. On top of all this, I have to help my brother move tomorrow. :(

Thanks for reading if you did, I know it's a rant, but I thought it was a pretty sad story, and right at the start of the new year, so I'm bummed, and I'm also conflicted about buying another copy of AC2 from amazon for 40 bucks, as I probably won't have enough time to finish it.

I was talking with one of my gamer buddies about which games we both missed out on, mainly because we didn't feel like buying said game at the time, then just forgot about it.

So I've made a short list of games that are considered quite popular and good, which I haven't played.

Bioshock -  I played the demo when it first came out, and I enjoyed it thoroughly, but I just couldn't justify buying it at the time and I let it slip through my fingers.

Splinter Cell: Double Agent - I know, some of you don't like the sneaky types of games, but I've been a fan of the genre ever since Thief, and I've played all the Splinter Cells except for this one. I don't know if I should buy/rent it or just wait for conviction, either way, I'm sad I missed out.

Dead Space - I was pretty hyped about this game, the setting, the monsters, the "strategic dismemberment". It looks amazing, it sounds amazing, and it probably plays amazing. I've never played it, my friend has and he told me it wasn't worth the buy because it was too short. I foolishly believed him and forgot about it, even though at the back of my mind, I regretted not buying it. I think this one more than any of the games on the list intrigues me more.

Gears of War 2 - Surprisingly, I never even cared for this one. I have the first Gears, and it was fun, but it didn't really leave me wanting a sequel, and it was either this or buy a PS3, so I bought a PS3. I'm still not that much into Gears, I never liked the multiplayer, but the fact that over half my friends list is constantly playing it, makes me wonder on what I am missing out on.

Street Fighter 4 - The last fighting game I purchased was Killer Instinct, the last fighting game I played was MK 2 for the SNES. Fighting games intimidate the fuck out of me, specially the Street Fighter series. I consider myself a pretty good all around gamer, but I just can't get over my fear of fighting games. I'm too concerned that it will take me years to remember all the moves for the different characters, not to mention the different strategies that go along with each one. My best friend is an avid Street Fighter fanatic. He owns the joystick and everything. He keeps trying to convince me to buy it, but I'm afraid. Hopefully I can get over my fear, because honestly I think that SF4 is one of the most gorgeous looking games out there.

So there is my short list, there are many more, but I don't really feel like posting them now. What popular games have you missed out on and regretted it? Have you played the games in the list, and if so, which do you reccomend the most?

So the new season of F1 kicked off with a pretty exciting race late last night. The race got off to a very bumpy start with Rubens Barrichello from the new Brawn Mercedes team, mucking up his start and causing absolute chaos for everyone behind him on the first corner. A pretty rough clash then ensued in the first corner between before mentioned Barrichello, BMW Sauber’s Nick Heidfeld, Red Bull’s Mark Webber, Force India's Adrian Sutil and McLaren’s Heikki Kovalainen.

Barrichello's teammate Jenson Button enjoyed a very healthy 47.7s lead over the rest of the pack as he raced past the likes of Felipe Massa and Kimi Raikkonen, of the Ferrari team. However his lead was short lived as Kazuki Nakajima crashed into a wall, and the safety car took forever to get on, and off the track.

The safety car however made it's second appearance when Sebastian Vettel attempted to overtake Robert Kubica and ended up clipping him, the two looked as if they would regain control, but it wasn't so as Vettel had lost his front wing, and crashed. Kubica also had some bad luck as he crashed as well.

Somehow in all of this commotion, Barrichello, who caused the mess in the beginning of the race, rocketed up to 2nd place to trail just behind his Brawn Mercedes teammate, Jenson Button. As a result, it was an extremely exciting race, and a historical one for that matter. The last time a new F1 team has finished as 1st-2nd, was in 1954 with the Mercedes Benz team.

With the new rules enforced this year, and the extremely exciting KERS system, this season promises to be one to remember. I found it very interesting that the teams where forced to reduce the size of both their front and rear spoilers, specially since it seemed to me throughout the race that there was a lot of back tire slipping due to the smaller rear wing this year.

The Results for the Australia opener was as follows: