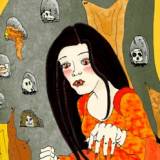 RPG Defined - What is a Themepark MMO?

The term “themepark” brings to mind the idea of a setting with attractions to ride over and over. But no matter how many times you ride the attractions, the details just never change. If you wait several years and go back, they are right there, waiting for you...just as you left them. While this could be fun the first few times, it gets boring quick and you could find yourself looking at other themeparks for new and more exciting rides.

The concept of a themepark MMO is much the same. Heavily driven by developers from the very start, new players begin with a set path to follow. The developer controls the experience, from the first time a player logs in with a new character and every time after, until that character achieves the level cap for that particular game. Developers restrict the attractions offered, often only allowing one ride at a time. In other words, once on there’s no turning back until the ride stops!

Anyone familiar with games produced by Iron Realms might think the standard novice introduction is a classic example of a themepark MMO element. In some ways, that’s probably true but most of the Iron Realms games offer at least a little variation and only serve to make sure new players gain familiarity with basic commands. After the initial introduction to the game, assistance beyond basic help files comes directly from other players. Even the administrative newbie guides are just volunteer players willing to serve in a more serious type of mentor role that goes above and beyond the standard mentor-protege relationship.

World of Warcraft, or WoW, a classic example of a game that is more true to the themepark MMO stereotype. Of course it offers high quality content but the repeated scenarios don’t offer a lot of chance for walking to the beat of one’s own drummer. If a player wants to begin a quest, that’s great! But unless they stick to the restricted process set out by developers, life might get a little boring. The advantage is that developers can control the level of quality right up until the player completes the quest and acquires the reward associated with it. And there is absolutely nothing wrong with that -- except that until developers release the next upgrade there is almost always little opportunity for a repeat performance.

Games produced by Iron Realms offer a lot of opportunity to repeat quests. For instance, my first character in Achaea made a fortune catching a seemingly endless supply of butterflies before giving the net to a certain NPC. To someone who is a fan of themepark MMOs this might sound boring but keep in mind, I was able to hop between newbie lands and start and stop quests, as well as pick up where I left off at a later date, completely at my leisure. For someone with a short attention span excited to try as many new things in the game as possible just starting out, the sandbox MMO features of Iron Realms games go above and beyond to fill that need.