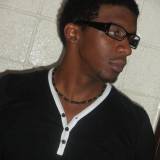 So I just made a forum post about this, but just as I expected its being mostly overlooked, so I figured I would blog about it too.

I know that everyone loves Rock Band and Guitar Hero, but I think it is time for a Hip-Hop themed game from these developers, or a developer who truly cares about hip-hop music...

Let me just make a point right here: I want an actual GAME! Beatmania was not up to the same level of polished as these more recent music games (nor was it a good game in general). Nor do I want something that is just sent to stereotypically satiate the Hip-Hop audience (B-Boy, I'm looking at you!) What I'm talking about is a music-rhythm game in the same vein as Rock Band/Guitar Hero, but with Hip-Hop music and peripherals in mind.

I've talked to alot of people about this, and most of them write it off with a few short sighted ignorant arguments: (1) Hip-Hop doesn't use instruments. (2)The music is repetitive. (3) Rap is Crap (My personal favorite immature comment!).  Anyway, I think that if developers put some time and effort into coming up with some good ideas, a great game could come out of it. I mean, Harmonix and Red Octane (or whoever they both are now) both say they love music, so I'm sure that exploring more music would be exciting to them.

Now I'm sure many people ask "How would the game play work?" Well that I'm not 100% sure on, but I have thought of a few ideas in just a short time, some more fleshed out than others.

Here is ONE of my ideas for a Hip-Hop Themed Music Game:

The game could use a beat-machine/turntable hybrid for a peripheral, as well as a mic for vocals. The beat-machine (a simple 4 button set-up) could be used to play out notes that come across the screen, much like the Rockband/Guitar Hero drum sets, without the kick pedal. And the turntable (a separate smaller  turntable-like peripheral that can be attached to the beat-machine) could be used as a modifier to make different variations to the base melody. Also, the turntable could be used to send a song back a short while for additional points sort of like "bonus points", but only a few times, not indefinitely (to avoid having "infinite" scores) and of course the mic would be used for vocals.

This is just one of the many Hip-Hop themed game ideas I have come up with. And I know that if I can come up with these basic ideas in just a few hours, I know that a developer full of people who SAY they love music should be able to come up with something great! That is what I say to those nay-sayers that I hip-hop themed game wouldn't work. I'm sure that many people said the same thing about a Rock themed game before it came to fruition...

So what do you all think?