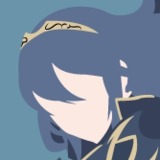 Your equipped horse will not die, though if it takes enough hits it'll fall down and maybe run off.

Oh, you're right. I checked my gear and she's still equipped. I must have grabbed a similar looking horse that happened to be nearby.

I feel like some guards either aggro for no reason or they don't really communicate well enough when I'm doing something that would displease them. I went into some town just for the synchronization point when I suddenly started getting pelted with arrows. Once I made my way down, there were at least five dudes on horses swarming around me, but at no point did anything on my screen flash red for restricted area. One of them was on a chariot so the only reason I could think that they would be after me is that they might have been a caravan and they were in defense mode, but I hadn't even seen them on my way into the town.

Anyway, they ended up killing my horse as I tried to get away and I'm actually kinda bummed about that. I liked that horse. I didn't even know that could happen.

For those who like Restaurant to Another World, there is another isekai anime series with food for 2018

This is my new favorite genre. Restaurant to Another World was pretty enjoyable even if it was a bit repetitive. There was something just charming enough about scenes like warrior lizardmen freaking out over omurice and other diners being amazed by mundane sauces that made me keep tuning in. I'll be fine with more of the same from this show.

I got around to finishing Princess Principal. All of nothing happens for ten episodes until suddenly everything happens in the last two. It's like they realized the season was ending so they decided to jam all of the plot into the very end, trying to drum up tension they hadn't really earned. Kind of disappointed, I thought this show had some potential as I really liked the setting. At least it was nice to look at, I guess. Good music too.

Growing up I always just spelled out the letters or said Super Nintendo. Everyone I knew was the same. I had never even heard of anyone saying Snes as a word until I came to this site.

I've been playing this game daily since launch and im still happy with it (other than fucking gacha) as a F2P player. I've been fucked by the IV multiple times but its not that bad if you do your skills properly.

Yeah, if you do something like feed a 4* Hinata to inherit his Fury 3 skill, you can get around a lot of this. That support system they just added can also be used as a pretty good band-aid to patch up non-optimal IVs, and the good thing about that is the bonuses seem to only apply on the player side, so in Arena you don't have to account for facing a buffed up S-Supported Hector or Reinhardt. It's still just a crappy extra hurdle to deal with that I wish I didn't have to think about. Like @theblue posted, the thrill of pulling that 5* unit can be immediately dampened if they're hamstrung by their IVs and that just sucks.

I took a long break from FEH not too long after the Skill Inheritance update. Partly because of the dearth of content, and partly because I didn't really like the way it was shaking up the meta. They sucked me back in a couple of weeks ago with that free five star brave hero promotion (I also chose that horseback archer Lyn, of course) and I've been pretty happy with all there is to do now. On top of all the story and paralogue chapters I've had to catch up on, there's also the Grand Hero Battles, the Voting Gauntlets that get the community all hyped up, they just had a mini Tempest Trial with Masked Marth as a reward, and are about to run another full Tempest Trial with The Black Knight. I've felt spoiled with things to do.

I do also like the quality of life upgrades they keep introducing. In the mini Tempest Trial just now, the Continuous Auto option was a godsend. Then they recently added the ability to look up inheritable skills from within the game so I don't have to keep popping out to the wiki. All I can personally think to add at this point would be an option to have the map music continue uninterrupted by Player/Enemy Phase.

The one thing I truly hate about this game is the IV system. On top of gambling your orbs for heroes, you also have to hope that when you finally do pull who you were hoping for, that they aren't assigned a poor stat line. When the alternative is getting screwed over by the growth rate system of the main series, I guess this is better, but it still feels kinda shitty to pull a 5* Linde, look up her IVs online, and find out she's -SPD. Of course, even a stat deficit is only -3 from neutral, it doesn't truly matter unless you're going for optimal play or something, but for something that people can pay real money for, throwing a second random chance on top of the gacha that's already there is something that really doesn't sit well with me.

These guys are unusually generous for a gacha game. They're giving away powerful heroes for free, they throw orbs and valuable upgrade resources (feathers) at you left and right, but if they could somehow introduce some kind of IV rerolling system or even just an option to at least set the hero to their neutral stat line, I would feel much better about it.

The main character of that "In Another World with My Smartphone" show might be one of the most overpowered Gary Stu protagonists I've seen in some time. He can copy any unique spell, has a natural affinity with every magic element, was able to create a gunblade out of raw materials that he magically programs to auto-reload. This is kind of just the tip of the iceberg, and there are absolutely no stakes in anything that happens because of this guy, it's actually kind of hilarious.

Made in Abyss sounds really good but I'm waiting until the season ends until I start watching it, just like with Boku no Hero 2.

It is so incredibly unsatisfying to pull off one of these finisher actions only to have the boss survive with a small chunk of HP. I'd prefer a scripted QTE to end it.