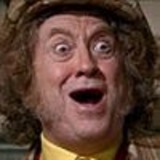 AAA: The Japan of Generation 8

Brad "Filibuster" Shoemaker, you may never live using that down. lol

Only one sim-like game? Where is Comrade Drew, capitalist pigdog spy!?!

I think that's why I liked Beyond as much as I did: low expectations.

If there's anything Cage games engarner in folks, it's this.

Concerning the tweet about 20somethings with degrees in humanities telling companies what to do: You don't have to be a politician to criticize your government. You don't have to be an artist to critique a work of art. I think the same thing applies here. Obviously there is some difference between giving your critical feedback/opinion on something, and simply getting mad about something and making broad claims and assertions about it. But generally I do think it is a good thing that people are comfortable expressing their opinions online. Not everyone will be as open to discuss or think about certain things as others, but that's just because people have the right to choose how much they want to engage in certain discussions or not.

It does help that most big publishers do BLATANTLY STUPID BULLSHIT. You don't be a rocket surgeon to figure out a method doesn't work.

Destroy all you can't control.

Control all you can, even if it destroys yourself.

fucking hell, klepek, why didn't you ask either of them how VVVVV is meant to be pronounced?

A long "v"; no vowels. It's like Xillia or Vill Laimbeer, I say it like I'm gonna say it.

The scary part in that Kohler piece isn't what's happening now, but later once "I'd rather put in a Yes Man CEO that does what I say cuz it's mah money" investors have their way and bump off Iwata (and their way is being more comfortable destroying themselves with "feels safe" ideas of their own rather than risk it with others' decisions). Then the REAL ugly begins.

There's a reason why 'The Pink Aisle' exists.

I didn't fall into that category exclusively, but I still did like those kinds of games and seek out 'the pink aisle' when I was in that kind of mood. If you have any doubt over how many other girls love that kind of stuff, just look at the sales figures for franchises such as, say, Ubisoft's 'Imagine' series.

Something like 'Imagine: Happy Cooking' existing isn't sexist. It's exactly the kind of game that a lot of people seek out, and the majority of those people happen to be young girls who love that kind of game, because they don't have any interest in anything else that they perceive as unrealistic or violent.

Based purely on my own anecdotal evidence of all the girls I used to know from, say, 6-18 years old, 'unrealistic' was pretty much their biggest turnoff when it came to fiction or gaming. Sci-Fi was considered boring, fantasy was considered gross, it was all about romance novels and games about loving daily life.

Exaclty, it's the "cages" that arise and people being shoved in them.

Oh my god those Ryse boob physics are straight-up unsettling. It's not even that they're bouncy; at least that totally happens under certain circumstances. They were just moving completely independent of the woman's body and even each other. Why is it that we live in an era where everyone is demanding hyper-realistic graphics, and the technology is pretty much there to provide it, and yet video game tits still always function like sentient jello?

Somewhere, when a far-left video game luminary dies, an archconservative op-ed piece will put out a too-early opinion obituary, and it will speak as much about that penner as this does.

I'm sure this guy has something important to say, but I completely fixate on this when he's talking.

It's cuz his face is a fist magnet.

In addition to all of that, the controller features a clickable touch screen in the center, and is designed to be entirely "hackable," in that Valve plans to "make tools available that will enable users to participate in all aspects of the experience, from industrial design to electrical engineering."

*adjourns meeting with powerful people, then pours self 12-year scotch, sips, then stares out the window*