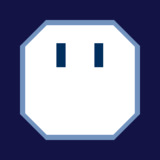 The Mario Maker 2 discussion resonated a lot with my experience with it. I was excited to get it, but that excitement rapidly diminished as I played it. It's by no means bad, but making levels is clunkier and it doesn't add enough to the experience to recapture that playful sense of discovery and novelty. I'm not sure of exactly what I expected of it, but it was more than what we got.

On the plus side, it put me in the mood to make a new level in Mega Man Maker for the first time in a while and that game still holds up remarkably well between the sheer amount of content and honestly better online level search options than Mario Maker.

MediEvil is one of those games where I think the whole is greater than the sum of its parts. Individually, none of the levels are all that special, but MediEvil likes to change things up a lot. There's a healthy mixture of linear levels vs more open ones, a few branching paths on the world map, and the game rotates pretty frequently between smaller combat gauntlets, action platforming, and more puzzle-themed levels (ex: the village and the hedge maze).

Would it hold up as a $60 game today? Not really. The combat was extremely simplistic even back when it first came out and, while there's enough content that you're probably not beating it in a single sitting, there's really no immediate replay value. I think it's still fun enough that the $30 price point seems reasonable though.

I can't recall ever hearing Vinny be so completed disgusted with a game before and after seeing this video I agree with him completely. "Slight decrease of Heat-up Rate and Cool-down Rate to prevent OH" is one of the worst pieces of descriptive text I've seen, especially since (I think) decreasing the heat-up rate is good while decreasing the cool-down rate is bad. The rate at which enemies fly at the screen and obscure your view is also absolutely mesmerizing; I think something like 3-4 enemies were flying at the screen per minute even when they were mostly ignoring them.

It would have been nice to have a new, good official Contra game and at least conceptually you can sort of see what they were going for with trying to turn it into a more long-term experience. This could have been a fun game even if it didn't play like Contra, but so much here seems fundamentally broken. I guess at least we still have good spiritual successors like Super Cyborg and Blazing Chrome even if Konami has lost the ability to make a decent official entry.

Considering how hard it tends to be to die in this game, especially early on, I think it would be a good idea to implement a turn time limit.

For example: Your turn lasts until you die or 10 minutes, whichever comes first; getting a banana no longer ends your turn. If you're in the middle of a challenge when the time limit hits you're allowed to finish up your attempt and claim the prize. Otherwise, you must immediate pause and pass the controller to the next player when the time limit hits, even if you're close to a banana, and you may not deliberately move slowly or otherwise put yourself in a position which sabotages the next player's turn (ex: running off a ledge). This keeps in the spirit of the game since if one person is close to a banana and runs out of time the next person can get it with little to no difficulty, meaning that they have essentially 'burgled' that banana.

This would also result in the Barrel Roll needing to be changed. My suggestion would be to knock it down to costing 1 banana, limit it to a max of one use per player per episode, and turn it into an item which the owner can choose to use as either an extra life or to extend their time limit by 2 minutes.

Keeping the price of the banana tripler at 6, but make every in-game golden banana worth 2 points by default. Golden bananas are rarely close to each other and with the current rules a single player would need to get 3 bananas just to break even but with this change it would become a worthwhile investment after 2 bananas.

Lastly, if a turn time limit is put in place then keep the wheel the way it is, but make spinning it optional and the turn timer does not pause while the wheel is spinning. A player must choose to pass or play on the wheel whenever something gives them a spin or a series of spins (ex: if a player picks up 3 coins right next to each other they must choose to pass or play all 3 of those spins then and there).

I love how chaotic this series has been, but I think these changes would balance things out and prevent a single player from taking a turn which goes on for 20-30+ minutes straight without ruining the chaotic charm.

@ahifi: Judging from the demo, all mentions of 'Seitan' in the Godle search aren't set in stone and instead correspond to whichever word you type in (i.e. all the messages are identical except if you searched for Titus the one message becomes for 'Titus pills' instead of 'Seitan pills' and so on). Not that this makes it any better of course as, if anything, it only confirms that they really are making that "joke" with that particular message.

I thought the gameplay was great and I even like the basic conceit of the protagonist being a sort of cliche hard-boiled noir exorcist, but the writing has enough little red flags scattered about that I worry it might eventually open an especially unfunny can of worms.

I think this is definitely what I consider the most painful stretch of episodes in all of Dragon Ball Z Kai. Gotenks could have been fun for one episode, but he's not a good character to focus on for multiple episodes in a row. It doesn't help that a ton of time in previous episodes was spent building up to this moment and the fight itself feels like it has absolutely 0 weight; Buu just keeps regenerating back to full and nothing that happens with Gotenks in this 5 episode stretch has any impact at all on the plot.

This week's batch of episodes might be my favorite part of the entire Buu arc. That being said, I've been excited to hear their thoughts on the upcoming batch because they should be very...interesting.

La-Mulana 2 is a game that works really well if you're playing it blind alongside a friend or a group to share notes (or with someone ahead of you who is good about not spoiling stuff). I doubt we'll see any more of it, but it would probably make for a good stream game if one person was playing while another curated tips and hints from the chat.

Weird how GB or the people up in arms over the firings never stuck up for Adam Orth or Josh Olin like this when they were fired for twitter comments. Wonder what the difference is...

Weird how one of these has the potentially long-lasting ramifications of emboldening an Internet hate mob into sending death threats to people in the video game industry and sending insincere letters to their bosses demanding that they be fired and the other two didn't. I wonder why...