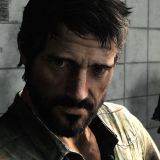 The 11 Most Important Games this Gen

Hi, seeing how next gen is coming closer and closer, I thought it would be a good time to reflect upon this current gen and the games that defined it. Keep in mind this is just MY view, feel free to disagree with it. But I honestly think that this list is pretty accurate overall.

11)Super Smash Bros Brawl-Nintendo's 4 player party fighter broke new grounds for the series and provided countless hours of fun. Brawl featured an epic single player, tons of content and unlocks, and an excellent character roster. It no doubt was a great contributer to the Wii's success, and that's why it's on this list. Without Brawl the Wii may have not been as successful as it is today.

10)Gears of War-Epic's third-person-shooter laid the ground work for a new style of gameplay. While there were indeed past games that used the cover and shoot system, Gears of War perfected it. The game was also a showcase for the 360's power with it's amazing graphics and detail. Gears was fast, non stop fun action with great enemy AI and solid multiplayer, and it's influence carried into other games. Gears' importance this gen cannot be denied.

9)Mass Effect 2-Biowares sci-fi RPG epic sequel made new grounds for the industry in terms of storytelling, RPG's, and gameplay. It's predecessor was no doubt amazing, but it was it's sequel that really provided the most memorable and one of the most important experiences this gen. With an excellenty done combat system and moral choices that really made you think, Mass Effect 2 expanded on what it's predecessor did so well, and made it even better. Mass Effect 2 is a beautiful game and easily one of the most important.

8)Halo 3-I was personally underwhelmed by Halo 3, but there is no denying that it was one of the most important games this gen, without it the 360 would not have been as successful as it would have been. It featured a feature rich multiplayer that kept fans coming back for more, and even to this day remains very popular.

7)Grand Theft Auto IV-A technical masterpiece at it's time, GTA4 was a bold game that focused on a more serious game rather than the over the top actions of past installments. When I first played GTA4 my jaw hit the floor, everything about it was unbelievable. From the way the characters walked and behaved, to driving and exploring Liberty City, and the storyline it's self, it all felt so real. GTA4 showed what the next gens systems were truly capable of, and that is why it's one of the most important.

6)Metal Gear Solid 4:Guns of the Patriots-This was the game that saved the PS3, that alone makes it very important. But there is more to it than that, MGS4 was the final chapter for Solid Snake but he doesn't go out quitely, instead he goes out with a BANG! The gameplay experience was unforgettable, introducing new ways to play Metal Gear, and with intense boss battles and a storyline that answered all the questions of past installments, MGS4 is easily one of the most technical and best games this gen, and it is one that helped to define what "next gen" was truly all about.

5)BioShock-Creating a game world like no other, BioShock was an ambitious game that allowed players to overcome challenges how they see fit. But more importantly, it tackled political, social, and moral issues. Something games have never done before. BioShock's world of Rapture was so memorable that the game stood out from the heavily saturated first-person-shooter market. BioShock was a revolutionary game and easily one of the most important games for this generation.

4)Red Dead Redemption-RockStar's take on the wild west is one of the best experiences this gen, and definitely one of the most important. It pushed new boundraies for open world games, visuals, storytelling, and so much more that it's impossible for one to forget it. The world of Red Dead Redemption is so immersive that very few games can match it, the game brought the world to life and is a testimony for future games to come.

3)Uncharted 2 Among Thieves-Uncharted 2 was a bold sequel, it improved upon it's block buster predecessor in unimaginable ways, but more importantly it provided such a great experience that it's easily one of the most important games this gen. It showcased what the PS3 was all about, the 360 still cannot match Uncharted 2's technical prowess to this day. With breathtaking visuals, great storyline and characters, addictive multiplayer, and amazing gameplay, Uncharted 2 will go down as one of the best games ever made. Without Uncharted, the PS3 probably would not have been as successful, Naughty Dog is by far one of the most talented devs ever, and Uncharted 2 shows this. Easily one of the most important games this gen, by far.

2)Call Of Duty 4: Modern Warfare-No other game has had such a huge impact as the Call of Duty series, and it all started with COD 4 Modern Warfare. This game provided such a memorable experience that it will go down as not only the most influential shooter of all time, but as one of the most important games ever made, and that is certainly true for this generation. With it's intense campaign and addictive multiplayer, COD 4 became the king and is the most important shooter for this gen.