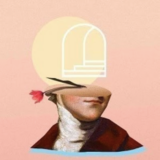 You have got to hand it to the creators of Giant Bomb to come up with a system that rewards users for helping other users with information. Positive reinforcement is always better in my opinion than negative, and thats really at the core of Giant Bomb. Its a group of people passionate enough about the topic of video games and all they encompass to moderate and help themselves. I really believe that the people who come to this new web site are of a higher caliber than the run-of-the-mill gaming sites out there. It's also a testament to the quality of users that the Giant Bomb staff attracts.

I have just gotten a few of my "Pending Subs" as they are called. I assume short for pending submissions accepted and you can check them out on my wiki points icon on the left menu. My favorite submission that has been accepted so far is "Recently has been hailed as MC Hammers favorite video game ever." which is a one line statement I was testing as a joke that was accepted for the rancid pile of celebrity advertisement that is Shaq-fu. Other submissions which were accepted include Saria, whom I added the whole character page for and some images for Clover's 2d masterpiece Viewtiful Joe. If you want to see mine or anyone else's pending submissions just click the icon on the left menu.

"The Bomb has been planted"

So FINALLY after all of this time, Giant Bomb has launched its full site. I'm excited to see what the ex-gamespot employees have in store for us in the future, whatever it is I know it will be much better than the future of gamespot.com. So heres to the years to come.

Happy gaming! (and may our thumbs never grow tired).
2 Comments