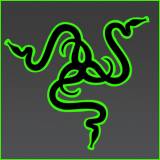 I just picked up Medal of Honor a couple of days ago, after pondering whether or not to actually buy it, if any of you are thinking the same then hopefully this review will help you make a decision. It is a first person shooter developed by two branches of EA, there is DICE who dealt with developing the multiplayer aspect of the game and Danger Close (EA LA) who worked solely on developing the singleplayer side of the game. The aim of the game for them was to create a direct challenge to Mo...

What’s Hot:Great visuals and particle effects, making it pleasing to look at.A diverse selection of power-ups to mix up the gameplay.Each sector has different enemy types, which also gives it some variety.Fast-paced music, which fits in well with the gameplay.The boss battles can be quite strategic, depending on how you approach it.The game has a fine balance between tricky and fun.Very simple controls, makes it easy for anyone to pick up and play.Reminiscent of the Asteroids era.     What’s No...

What’s Hot:  - Intense violence, providing a lot of satisfaction.- Huge arsenal of abilities and moves.- Lots of activities to do out with the main storyline.  (i.e consume events)- Varied missions that can be completed in many ways.- Interesting storyline and protagonist.- Good voice acting and background noises.- Plenty of things to keep you busy for many hours.- The best parts from The Hulk: Ultimate Destruction,  X-Men Origins: Wolverine and Crackdown all mixed together to create a great sa...

What’s Hot:Simple controls make it easy to pick up and play.Very easy to revert back to checkpoints.If you happen to quit, there is an option to resume where you left off. Quite uncommon amongst tower defense games.There is a leaderboard built into the menu, making it very accessible to compare scores with friends.There are a large variety of game types to play, out with the main story that is apart from the main story line, giving this game a huge re-playability factor.It is very easy to...

When it comes to racing games, Forza 3 and Gran Turismo are the leaders in simulation racing. There has been much rivalry between both the games and consoles, and with each release it always turns out better than the last, this hasn’t changed for Forza 3. Nearly everything has been improved since Forza 2. The graphics, sound, gameplay, user accessibility and many more features which have been heavily improved on and even some new features added.       The first thing that struck me when I put Fo...