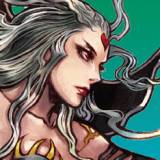 I think there's enough content to justify buying any system on the market.

@spacekatgal Has there been anything said to you by the GB editorial staff indicating that they have listened to and truly internalized these criticisms? Because Jeff, as the site's leading editorial voice, is 0/2 now in addressing matters of women/diversity in the industry (GamerGate and whatever that last thing was called, HireGate? I dunno), and I would like to think that they're not just shrugging it off and gearing up for 0/3.

I want to like these guys, I really do, but uggghhhhhh.

I could not have said it better. ^^ "I want to like these guys, but Ugggggggggghhhhhhhh."

#3 spacekatgal
@octaslash said:
@spacekatgal said:
I don't think it's really fair to label Greg Miller as a "frat house refuge", not to mention, IGN hires plenty of women (unfortunately, their audience can be pretty toxic towards them). Greg's on-screen persona and charisma are extremely valuable things, especially since more and more video game websites are moving away from written content and towards video content. I think one of the reasons that Dan Rykert got hired was because he did the exact same thing that Giant Bomb was doing, and was already fucking amazing at doing it. I'm hopeful that more websites will choose to diversify and get some different perspectives though. Maddy sure is rad on Isometric.

I have friends that are women that used to work at IGN. They universally tell me it's a boy's club. I do not agree with your assessment that they "hire plenty of women." They don't. The editorial pool is overwhelmingly white, straight men.

I would actually say, they are the second least diverse site in the industry.

I like Naomi Kyle. And I have no problem with her being gorgeous or a former model. This next statement is not about her.

I think it's problematic for the main female men see when reading IGN is that of a model. It's just another industry signal that this is a place for boys, and women are here as sex objects. My favorite podcast of all time was Girlfight, which had a plethora of female views - most of those women were not models. I'd like to see them bring that back.

#4 spacekatgal
@renahzor said:
Thank you Brianna for answering questions about this subject. This whole episode been terrible and I hope things get better soon, the level of vitriol directed at female industry people is truly shocking and honestly confusing. Though some of us choose not to weigh in on this subject very often, you've been great at making me think about the industry and it's shortcomings in ways I might not have before, and reflect a bit on what (I) need to change. That may not be enough, I'm not sure. Hang in there, some day my daughter might need the help you're giving her now.

I'm doing this for your daughter. We cannot keep our heads in the sand on this. It's time for us, as an industry, to step up and confront this. We cannot let these terrible attitudes continue to go unchallenged.

I talk to women every day who are terrified of this atmosphere in this field.

I really find it quite amazing how closely you've stuck with this thread. Considering how much you must have on your plate right now I imagine it would be very tempting to just say "fuck this" and walk away. The fact you've chosen to stick around and properly engage people is really cool. I hope you are able to put the recent ugliness behind you and keep on going with what you're doing, Brianna.

I think you have to engage people where they are.

Look, I'm going to decline to comment further on Samantha in this thread. I want to reiterate my position here, just so it's clear what I believe.

1. Giant Bomb can hire who Giant Bomb wants to hire. That's their choice. A consequence of that choice not to hire women is people like me, who are known for advocating for women in this field - might choose to call them out on it.

2. I think it was a serious mistake for Giant Bomb to not step in sooner, and ask their fans to stop attacking Samantha. I think a consequence of that choice is the industry lost one of our best writers. I am deeply disappointed in GB for abrogating their ethical responsibilities.

3. I think Gerstmann owed Samantha, at the very minimum, a phone call of apology.

I'm going to decline to discuss this further.

#7 spacekatgal
@amafi said:
Their track record of not hiring women and not speaking up for Sam is one of the worst in an industry that includes people actively running women out? Lots sexual misconduct? Things like that?

Okay. Fair point. Though, has a major site ever had a sexual misconduct scandal? It is true that it could be much worse.

Just wanted to pop in and say that Dan and Jason have been fantastic additions to the staff. I can only hope future hires, whoever that may be regardless, measure up to the high bar that Dan/Jason and the rest of the staff have set over the years.

I really hope you can look past your grievances with the site and digest some of the unique and amazing content that GB has produced over the last few years. This community is incredible, save a few knuckleheads, as well.

Dan seems like a very nice guy. My issue is not with him. My issue is with an industry that's very content with excuses.

#9  Edited By spacekatgal
@bushpusherr said:
Don't get me wrong, I totally wish Giant Bomb had all the funds in the world to hire to their heart's content, bring in all these voices, and have this place just be overflowing with awesome fucking content.

I guess, personally, I just don't begrudge them because to all the world it seems that they were only able to get the go-ahead for new hires after the tragic passing of a coworker and their senior video producer moving to New York. :(

Fine. He hired who he wanted to. His company, his choice.

But how do you explain doing nothing for weeks while Samantha was being attacked? If he's going to choose to run a site with no diversity, you'd think he'd understand he had more of a responsibility to stand up for women. Or even to appear like he cared.

No, he did nothing. And, by the time he did write a weak statement, Samantha had left the industry. Her exact words to me about his statement were, "milquetoast," and she was totally right. He owed her a phone call.

Look, I didn't want this to become another thread about Samantha. But, I can't let them off the hook here. This industry gets a D- for the way it treats women. We have got to act like adults and address this problem.

You may feel like Jeff, Vinnie and others are your friends - but their track women with women is one of the worst in the whole industry.

@spacekatgal: I feel horrible and sickened by any abuse or harassment directed towards women in gaming. Even though I'm a straight white male (the unholy trifecta, if you will), it comes from a place and a mentality that I can't understand. I try to treat all people with respect. Some of my best friends that I've met through online gaming and interactions have been women. So, I really don't know what to do to better the situation. Even as you suggest I follow Anita Sarkeesian's advice and believe women when they document these cases of harassment, even that feels like such an impotent response. When women in gaming say they are going to persevere through this shitstorm, my first thought isn't "Good for you!", it's "Why?...". I dunno, I'm just left shaking my head...

It's going to get better. I promise. We're making it better talking about this right now.