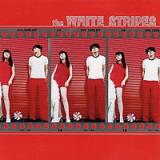 The futility of internet arguments...

Honestly, why must people vent their stress through community-based sites?
I was on YouTube watching me some Demetri Martin and I noticed lots of negative comments. Now, I'm one for free speech but the act of going to a video of a comedian you do not like just to post negative comments is just dumb. If you're going to waste your life away on the internet, why not do something quasi-productive? Like posting useless blogs on an awesome gaming site? lol
What's even dumber than trolling, however, is arguing with trolls. Trolls thrive off of negativity and arguing with them just perpetuates that kind of behavior. Just saying, y'know?
-From the entries of the late Morris Martinez-

So Bioshock 2 seems to have roused itself from a deep slumber...2K Marin has finally given it's fanbase some information about the game. I receently watched the featured interview with 2K Marin on GameSpot and I can easily say that it has destroyed any and all doubts I had about the quality of this game (graphics, sound, story, character design...etc.). The team at 2K Marin seem to have honestly invested themselves in the development of this game. I truly hope this game is as good as Bioshock 1 because Bioshock renewed my faith in the world of video gaming. Bioshock underscored the importance of solid narrative in any type of game and it also delivered great gameplay along with one of the greatest narratives in gaming history. Hopefully, Bioshock 2 can do these things just as well, if not better. I'll be keeping my eye on the development of this game, as I'm sure millions of others are also doing.
-From the entries of the late Morris Martinez-