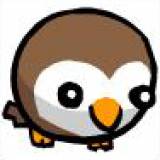 So I got my first real chance to play Super Street Fighter IV yesterday, and boy does it rock the house!

The first thing that really grabbed my attention was how vastly improved the online services are, finding (and staying in) a match are much easier and smoother
and (so far) people -stay- in the game even if they are going to lose. Out of around 100 matches so far I've had one, just one quitter. The other thing that
surprised me was that sorting by region actually works in this game, usually I still get paired with people from all over the world, but I've not seen one US flag
yet, Union Jack all the way. The downside to that is that even though my opponent is probably down the street from me, it still managed to lag something
fierce during those important reversal moments.

Again, no idea if this is because of my newfound ability to play people in my region, or the general level of maturity of the community has risen slightly,
but i'm glad to report that I have not received one single death threat or whiny complaint about throws or other 'cheap' tactics (touch wood!) Something
I would receive on a quarter-hourly basis when playing MvC2 (Ok so, playing Doom, Juggernaut and Cable does't help).

The game itself i'm absolutely loving to bits, i'm liking most of the balance tweaks (while WTF'ing at a few, such as Vega's ability to now backflip over almost anything I seem to be able to throw at him) and the inclusion of two of my all time favorite characters (Guy and Dudley) meaning I have somebody to play other than Balrog and Guile.  I still find it a little disheartening that there are 34 other characters in the game now, and half the people I play online -still- pick Ken. But that's life, the dude's a popular character and i'm convinced (based on seeing almost as many as i've seen Kens so far) that Adon will soon replace him. People looooooove that Jaguar Tooth it seems.

So what about everyone else? I'm curious to know your initial experiences with the game so far, what you do and don't like about the tweaks/changes/community/etc and will be interested to hear them.

Also for anybody who's interested, GT: The A Drain
But I warn you, I'm pretty rubbish with Guy and Dudley :P