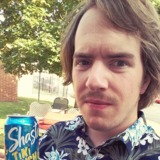 My Favorite games of all time in no particular order:

lightly edited game play footage and live commentary. giving myself some reasons to go back and play my Favorite games from any era, and share with the world.

This is something I want to make a regular video series of, I initially was going to make a series of my top 10 favorite games but when I sat down and looked at my collection I found that it would be more productive to just make not have any order in particular and not have a finite limit of how many videos I can make.

The commentary mostly pertains to what its like to revisit the game after a long while, recounting my favorite memories of the game and people associated, and of course, how it holds up to the test of time along with what it took to be remembered as a all time favorite.

what makes this game great to me is that it has loads of added features and playable characters. every one remembers Heroes vs Villains in Mos Eisley but the ones that kinda flew under the radar was that particular stages have bonus "Hunt" mode where the native faction becomes playable. the best of these is the in the Hoth Level. having a literal army of WAMPAs come at you is both hilarious and frightening!

I was going to edit and dub over some commentary for this video, but after this recording session I just liked the feel of the full races and everything the game had to offer. I really like the handling and sense of speed you can get from the faster cars. and this is defiantly the nostalgia talking but I like the sound track. some of the faster nu-metal flows well with the winding turns and blistering speeds.

I'm pretty sure it was the first racing game I ever played on the ps2. I feel like the graphics and environments really held up. you can actually do a fair bit of exploration and experimentation on what secret areas or short cuts are most viable.

goofs: there seem to be different countries and regions that the races take place. but doesn't matter if you are in the Outback or racing through the port towns of Italy. The radio chatter from the cops and dispatch sound like they haven't changed locations.

Blogs Created:
1 blog
Most Commented blog:
My Favorite games of all time in no particular order:
Total Comments on blogs:
8 comments