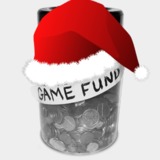 Apparently everyone likes this thing I did.

Why not playing my Switch is okay

The Nintendo Switch is an odd little thing in my life. It's this adorable little console that sits atop of my overly priced surround sound speaker. It sits there, and waits. Waits ever patiently for me to pick it up again. Now if you're a Nintendo faithful, I want to ease your concerns, this, is ultimately for the best.

I recently began the fun process of using OBS, which if you haven't heard is some really awesome free software for live streaming just about any console or gaming apparatus you can hook up to a computer. This has been really cool to learn how to create an appealing Twitch channel, but with all that time spent, I ended up neglecting my Nintendo Switch the past few weeks.

It's one of those console things, but in the Switch's case, it's even more apparent. Consoles collect dust. That's just a fact of life. If I was picking it up more, this wouldn't be an issue. But when I looked at my Switch I also thought, this is just the natural ebb and flow of this little machine. Unlike the PS4 and PC where I am constantly bombarded with new games, the Switch just waits there, knowing full well it will draw me back in with another first party classic. (Look, I know there are a lot of 3rd party games and re-releases too, however I am ignoring them in this context).

This year, I've finished and played a lot of the Switch's first party games and I've been pretty satisfied with the games themselves. More importantly, I've really been happy with the amount of time between each big release. First there was Breath of the Wild, which quite frankly blew my socks off, and is an amazing new direction for video games. Next, there was Mario Kart 8 Deluxe, again, Nintendo giving us just what we wanted, first party HD versions of classic gaming concepts. Next, we had the original, but not really that fun fighting game, ARMS. I spent a lot of time playing this game and then I ultimately stopped altogether, even with all the new fighters being added. It had it's place and time in my gaming diet and that's okay. Heck, I even picked up the odd Mario vs Rabbids game and had a lot of fun with it too. It's a weird strategy game, and is great for short play sessions. And then, just a few months later, after having all these options to play, the behemoth of Nintendo video games is released: Super Mario Odyssey.

Now, I didn't get a chance to write a review of Odyssey, mostly because it just seemed ubiquitous. Every gaming website out there can tell you about this games' continuous appeal, and how new mechanics with Cappy (mario's anthropomorphic hat) can make a simple platformer completely new. But to just say this game is good, isn't enough, it evokes memories I had as a child playing Super Mario 64 for the first time and adds so much more. It fine tunes platforming and pulls Mario out of the stale Mushroom Kingdom and plops him into completely new environments. It takes the Mario concepts and turns it on its head. I'll put it this way, Mario can morph into a T-Rex, need I say more!? This is basically my mini review of Odyssey stuffed into an opinion piece but, this game to me was like the cherry on top of the Switch's first year sundae. And what I appreciated most this year was the time to have fun with each game before moving to the next experience. The Switch's platform, which reminds me of how games were released twenty years ago, allows the player to spend more time enjoying the content.

And here's the thing, not all the games I played for the Switch were amazing, but what I'm getting at is that games were released in a really nice way. It seems purposeful that Nintendo wanted you to take more time digesting their first party content before moving on to the next meal. There were some misses for sure (1-2 Switch isn't the next Wii Sports) but what carried me through this year was how everything seemed to fit together so well. Maybe it's because I don't expect big budget AAA games on the Switch, (I know, Skyrim, Doom) but the content is so rightfully chosen for the platform that the system can sit untouched for months before I pick it back up again. I for one, am in favor of this, as traveling with this console really shows how Nintendo gambled and won on this design.

To make this point ever clear, let me tell you a little story. My last big outing with the Switch was during a trip to visit my brother in South Carolina. I live in a town with a small municipal airport, so flying out of town usually involves taking a bus filled with college students to Detroit. Bus travel isn't so bad, just time consuming. So with that, I cannot express how awesome having a Switch is for traveling. That bus trip, which usually takes about an hour and forty five minutes, felt like it took only twenty minutes. Instead of being engrossed in my surroundings, I was jumping around with Mario and morphing into a number of the enemies in that game. I was sitting back at my terminal, planting barley for my beer in Stardew Valley. I was attempting to climb a huge mountain with Link, all while enjoying my in flight snacks. The Switch was there when I needed it: to take the drudgery out of air travel.

This is all to say, that even though the Switch may sit untouched for an untold period of time, that it sees its use at the right place and time. Or really, whenever I feel it most. This console is bred to be picked up and played at any point in time. Funny thing, by the end of writing this article, I kept thinking, "I need to dust this sucker off and get back in". I got all the Odyssey content to finish up on, including the recent DLC, and I need to finish all the BOTW DLC.

We also have a really interesting year coming up with Nintendo. There is a lot on the forefront to keep me interested and there is a good sense of the unknown with a lot of the big items and services coming out this year. (see: Smash Bros, Online Service, Free Retro Games, Pokemon).

I want Nintendo to keep up this pace. Keep taking the time needed to give us the games we've wanted for years. And to keep listening to input from the fans. We all know that the Nintendo of recent has been at times, a bit tone deaf to what we want to play. But if this first year is any indication as to what we have to look forward to, I think we are in good hands.

P.S. I found I did a short play through of Odyssey and didn't upload it, whoops! (also called it Galaxy at the end of this video eek)

Blogs Created:
2 blogs
Most Commented blog:
Why not playing my Switch is okay
Total Comments on blogs:
0 comment