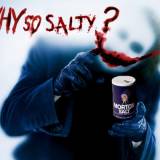 Nobody Will Ever Read This Blog!

I wrote about this in the forums shortly after Giantbomb's launch, and since I'm in dire need of a blog entry I thought I'd repost it in a coherent fashion.

First of all, everything said from now on will be purely hypothetical. I'm writing this to provoke discussion, not an argument.

......that AI technology becomes so sophisticated that an entire human brain can be perfectly mapped out. (you know, with virtual neural pathways and the like.) This would mean that if you fed the brain sensory information, it would react 100% exactly the same way a human brain would. It would work so well, that if you were chatting with it on the internet, you would instinctively think it was a human. It would have virtual feelings. If you digitally replicated every neuron, every neural pathway, (etc..), you could create a virtual brain that wasn't  dependent on external programming, and it would be capable of generating it's own emotions.

If this were to be created, would you feel comfortable thinking of the a virtual brain as an actual person?

If it were to be used in video games to give npcs each their own separate brains, would you approach the game differently?

Would you feel comfortable killing an enemy if you knew if was controlled by a fully functional brain, and that it was actually experiencing emotions? (fear/pain/etc...)

Lets pretend that the characters the Half Life series are controlled by virtual human brains. Does this change the game in any way? (SPOILERS AHEAD!!!!!!!! IF YOU HAVEN"T PLAYED HALF LIFE, SKIP TO THE NEXT QUESTION. AND DON"T READ ANY OF THIS BLOG'S COMMENTS!!!!!!!!! REALLY!!! AVERT YOUR VIRGIN EYES!!!!!) Would it make Eli's death more meaningful? How would it affect your "relationship" with Alyx if she was (virtually) a real person?

Would you feel comfortable calling an npc your "friend?" Would you actually become emotionally attached to any of the characters?

You may have thought by now, "Hey, wait! If an npc has it's own brain, won't it make it's own decisions in the game? Couldn't they make a choice the game developers didn't anticipate and therefore ruin the game?"

Remember that disclaimer I gave at the beginning? "everything said from now on will be purely hypothetical"
That's why i get to snap my fingers and assume that game developers could find a way to combat the aforementioned potential flaw. However, I do have some ideas on what developers could do:

(For a shooter such as cod4)
I think that the npcs could actually be motivated to fight. I mean, wars do exist, and people really do go to wars knowing the risks.  The game could have some kind of memory erasing component to use on the npcs minds every time you lost.

I admit, it would be hard to program the game, because you wouldn't have complete control over the characters' actions. However, you could do something where the npcs are given a "programmed personality" so you would be able to predict their actions well enough to know that they will shoot at a player. But for games that rely on non-cutscene storytelling, like Half Life games, you'd probably be forced to override their "brains" long enough to get them to carry out a scripted action, such as delivering a line.


I know this is all speculation, keep that in mind. Please don't leave a comment saying: "This is impossible!" Remember, this is a hypothetical situation. (What-if statements are still a threat!!!)