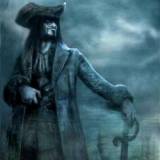 Thoughts on Lead & Gold: Gangs of the Wild West

Since this weekend featured yet another free-to-play event of Lead & Gold I thought I'd share some of my thoughts on the game. I already owned the game since 2010's Christmas sales but hadn't really put much time into it until now.