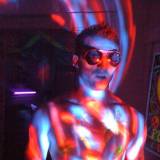 im trying to sell my BARELY used 360 and nobody wants it :(

NEW POSTING
i mean whats the deal. ive been asking people on facebook, at work. one person that was interested went to rehab the other day like wtf!

is this a bad deal?!  how much do you think i could get for just selling it to gamestop??

My cousin is in high school and her teacher is Tony Danza!

lmao. he's filming a reality tv show at Northeast Highschool that will air on A&E this fall. i just think its awesome my cousin is being taught by that guy.

anyways, this is just a blog, not a thread

she was addicted to heroin and is now on methadone and she is pregnant.
she used to be so pretty and cool and now she is unrecognizable and trashy. really sad. she was best friends with my sister in middle school. my sister is succesful, has a big house, a son is 6 years old, in college, husband is in the air force. so weird to see how people end up.
almost makes me look forward to a high school reunion 10-20 years from now.
kinda sad, makes ya want to go back in time when everything was nice and we were all just kids and having fun playing at the pool and stuff.

Go Phillies!! Back to back National League Champions!!!

FUCK THE YANKEES.
They have nothing but over paid pricks and only the rich can afford their tickets.
I was just at Frankford and Cottman ave, right down the street from my house, where thousands of people were celebrating. Its really insane in this city right now!!
I can't wait for the Phillies to stick it to the Yankees and their fake ass fans.

OVER AND OVER AGAIN!!!

This is really on a wall in Kensington on Allegheny Ave. cell phone pic i took myself.

Actually, whats even crazier about this pic is the fact that sony just showed off a 1TB memory stick duo, which is like the same size as that sd card.

Vladimir Putin is like the Will Ferrel of world leaders.

this is the latest photo of the guy being as macho as he can be. Everytime they come out with more photos of him like this, i wonder, don't we all wanna be a little more Putin?

I can't help it, i think he's badass, in a weird Will Ferrel kinda-way. he keeps doing all this cool shit for good photo-ops.
i mean, come on, they should make comedies based on this shit: