by Dave Snider on November 3, 2009
Share:TwitterFacebookReddit

Even the most nostalgic Infinity Engine stalwarts will find a lot to love in this story-heavy RPG.

Nostalgia is a terrible adversary, especially for tactics-based RPG lovers. So when BioWare officially started calling Dragon Age: Origins the "spiritual successor to Baldur's Gate II," you could almost hear a large sigh being let out from the role-playing contingent who worshipped that seminal game and have been disappointed time and time again by similar claims over the years. While a large part of that uproar was imaginary, fingers were validly pointed towards the non-party-based focus of Neverwinter Nights and the gradual loss of complexity in BioWare's trio of console-first RPG franchises--KOTOR, Jade Empire, and Mass Effect--released over the last decade. After spending some 60 hours with Dragon Age, the only bit of soothing calm I can offer towards that worry is that this game is not only the deepest, most story-focused title yet from BioWare, but one you will instantly want to replay.

At its core, Dragon Age is a traditional party-based tactical role-playing game where you command a party of four characters with varying abilities though large dungeons as you move through a grand story arc. Actions and spells are assigned to each individual party member by pausing the game mid-battle and issuing orders. Although the game comes with a fairly robust tactical AI editor that lets you set some basic if/else scenarios, you'll probably spend a good portion of time in pause mode, manually issuing commands to your entire group, especially if you're working with more than one mage or if you're the type to obsess over the survival of each party member.

When it comes to comparing Origins with BioWare's PC RPG past, the biggest change is that Dragon Age takes place in its own universe, rather than working within the familiar confines of the Dungeons & Dragons license. Instead of the Forgotten Realms, DA:O is set in the world of Ferelden. While the names have changed, Ferelden is as traditional a fantasy setting as you can get. It's a world populated by elves, dwarves, and humans who all have varying opinions on the merits of good and evil. While there are subtle shifts in roles here (elves, or "knife ears," for example, are a recently liberated slave race), the trappings of Dragon Age's lore still feel familiar and rooted in the standard fantasy archetypes. But just because it's familiar in spots doesn't mean that it's poorly executed. There are a lot of subtle touches--like the way humans from the neighboring state of the Orlesian Empire speak with a French-tinged accent--that help make the world work.

The basics of the plot are that you're a newly minted Grey Warden, the newest recruit of an ancient warrior caste entrusted with keeping the impending Darkspawn threat at bay. Depending upon your character creation choices, you'll start with one of six origin stories that define the first hour of your game. In my playthrough as a mage this meant I was an apprentice within The Circle, an order of mages who are watched over by a company of Templars. My origin not only impacted how others would react to me, but it also gave me new dialogue choices and introduced characters I would see again later in my journey. After starting a new character--the son of a dwarven lord--it was surprising to see that this character's origin fit into stories that the mage character heard about while visiting the dwarven lands. The way the different aspects of the origins are referenced help make the world feel like a more cohesive place. Getting more specific would likely spoil your fun so just know that your origin, along with the different dialogue choices you'll make throughout the game, make separate playthroughs feel decidedly unique.

Dragon Age excels because its story is driven more by the needs of your party than by the overarching plot-lines they witness. For example, it's possible for your primary character to become completely overshadowed by the deeds of a fellow party member. Personally, I attempted to stick to a very altruistic path throughout the game, but it's not as easy as simply picking the obviously "good" dialogue choices. You'll be presented with tough scenarios where none of the options at hand seem particularly good, leaving you to choose what may seem like merely the least evil choice. In the weeks after completing the game, I still feel sincere regret about how some of those decisions played out and am already making plans to handle them differently in my next playthrough. The choices cut deep.

The combat in Dragon Age is where the game feels closest to its computer RPG roots. This is a classic "pause-and-command" type of game, and it comes with all of the difficulty and micromanagement that, if you're familiar with old games in this genre, you'd expect to see. The changes from the old D&D system that the developer has employed are mostly in its easy-upgrade spell tree, along with a World of Warcraft-like cooldown system on many abilities. While combat may have been simplified a bit, it's offset with significantly longer fights. The game's boss fights, in particular, get extremely tough and require proper mana management, some well-timed potion-chugging, and a keen eye to watch out for scripted events. The long dungeon crawls feel like you're controlling every character in a five-man World of Warcraft instance. It's not so much about out-battling your opposition, but outlasting them.

To help give you a bit of an edge in battle, Dragon Age lets you combine some spells and abilities with devastating effects. Frozen enemies can be shattered by the brunt force of hammers or shields, and it's easier to give a foe nightmares if you've already put him to sleep. You'll need as much of an edge as you can get, too, because the combat gets tougher to keep up with as you progress into the back half of the story. Though players looking for less of a challenge can mitigate things a bit by turning the quest down to an easier difficulty, know that if you don't like the idea of having to pause the action to issue orders, you're probably not going to enjoy Dragon Age: Origins. Even with all of the work that's been done to improve on BioWare's Infinity-style formula, this is still a difficult game that requires patience and strategy.

In addition to getting tough, it's also important to note that Dragon Age is not a short game. My first character (Mordecai the mage) completed his journey in just over 50 hours of game time, though if you were to be very particular about completing more side quests, that number could go way, way higher.

In general, the main quest is well-written, and it's backed up by excellent voicework. That said, if you stay up on your fantasy fiction, you'll probably notice some story elements that beat not-so-subtle similarities to the classic Arthurian saga or even portions of recent pulp epics, like George Martin's A Song of Ice and Fire novels. After your origin prologue and initiation into the Grey Wardens, you're essentially given free reign to complete the main plot in whichever order you deem prudent. While mixing this sequence can change the story slightly, it's mostly a linear affair on your way to the game's final two chapters. Shifts in the narrative are more drastic within the chapters themselves, and the choices you'll make regarding certain party members make the game immensely replayable. There are multiple endings to see here, and they feel more fleshed-out and satisfying than the hastily stiched-together conclusions of something like, say, Fallout 3.

The main difference between the PC version of Dragon Age and its console counterparts are in the interface. The PC version sports a classic hotbar configuration and a more tactical perspective on the action, while the console versions opt for a Mass Effect-style radial menu and over-the-shoulder camera. The console versions certainly aren't bad, but if you're looking to pick the best version, the PC's layout is more elegant and functional than the comparatively limited radial menus on the console release. Also, the PC version is capable of looking significantly better than the console versions, though all editions feature impressive spell effects and environments. Though the PC version offers a more pulled-out view, I found myself zoomed in more often than not. In fact, the inclusion of things like skies and ceilings (which weren't exactly present in most previous games of this sort) make the environments complicated enough that the zoomed-out, isometric perspective gets a little clunky.

In the end, Dragon Age: Origins feels like a real throwback to the good old days of PC role-playing epics. It also feels like exactly what you expect the makers of Baldur's Gate to come up with as a follow-up to that classic. While that means you could rightfully fault the game for not being especially innovative, it's this adherence to a classic style of gameplay that will ensure that it's welcomed by the legions of nostalgic RPG players that make up this genre's core audience. That said, this is definitely not the game for those frightened of the idea of micromanaging a game to the point where a large portion of it will be spent in a pause screen. However, as the sort of guy that has lovingly played an Infinity Engine game at least once every year for the past decade, I can think of no higher praise for this throwback than to say that Dragon Age: Origins leaves me feeling fairly confident I won't need to dig out the classics for this ritual next year.

Disclosure: The game featured in this review is or was an advertised product on giantbomb.com.
Dave Snider on Google+
Load Comments 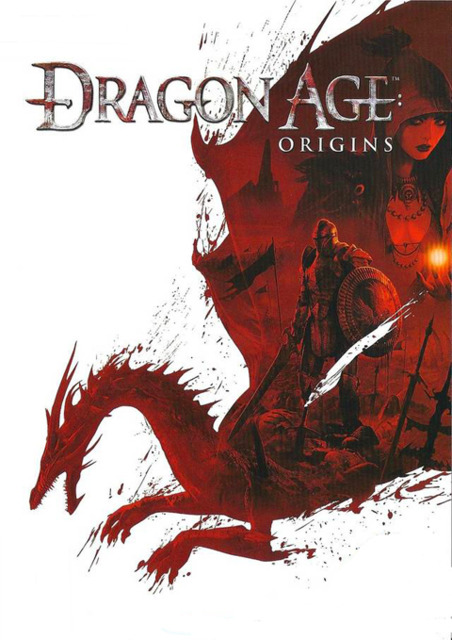