Dan and Jeff step into the role of a Stormtrooper and practice their fist bumps, but come up a little short.

Slick production values, solid controls, and tons of fan service can't make up for mediocre progression and a lack of content.

When Star Wars hit theaters in 1977, the concept of the summer blockbuster was still relatively new (Jaws is widely regarded as the original). Its numerous sequels and prequels joined A New Hope’s status as symbols of big-budget Hollywood escapism and the “popcorn” film. In many ways, Star Wars Battlefront feels like a popcorn game. From its slick presentation to its impressive visuals and iconic sound effects, Battlefront resembles Star Wars in almost every regard but longevity. The films have been cornerstones of pop culture for decades, but the game didn’t offer enough content to keep my attention beyond the initial dozen hours.

Nine multiplayer modes are offered, from sprawling 40-player skirmishes that feature lightsaber battles and X-Wing vs. TIE fighter dogfights to more modest 12-player rounds of capture the flag and team deathmatch variants. Four areas (Tatooine, Hoth, the forest moon of Endor, and Sullust) are represented, with several maps in each to accommodate whatever mode is currently selected. With the exception of Sullust (which was only referenced in Return of the Jedi), battling in each of these areas carries a certain novelty for fans of the films. Tons of video games have portrayed these iconic worlds in the past, but they’ve never looked anywhere near this good.

Supremacy is the marquee mode, with its player count and scale making it the closest analog to Battlefield’s Conquest mode. Whereas Conquest features several control points that can be attacked in any order, Supremacy features five points that have to be taken sequentially. Battlefront isn’t the first game to feature a mode like this, but marching forward to victory (or falling back to defend a point) is made more thrilling when you’re piloting an A-Wing or flanked by AT-STs.

Adding to the Star Wars fan service are occasional power-ups that turn the player into one of six heroes or villains from the franchise. The rebels can control Luke Skywalker, Princess Leia, or Han Solo, while the Empire has access to Darth Vader, Emperor Palpatine, and Boba Fett. While all of these characters are significantly more powerful than the standard soldiers, the imperial forces have a significant advantage thanks to the powers of its villains. Boba Fett is particularly useful, as he’s deadly at any range thanks to his wrist rockets and flamethrower. Flying around with his jetpack and eliminating rebels with ease is a blast, and he’s a pain to pin down and take out if you’re on the other side. Playing as Palpatine is almost jarring to see, as the old man can scurry around and essentially perform Psycho Crushers in between blasts of force lightning. Inhabiting any of these six characters is enough to turn the tide of battle, and playing as them does a great job of making you feel powerful.

Battlefield fans are used to seeing other players wait around on an aircraft carrier for a jet to spawn, but Battlefront’s vehicle and hero pickups are more random in nature. If you fancy yourself a good AT-ST operator, it’s not as easy as going to a specific hangar or spawn point and waiting for it to show up. Instead, the ability to hop into the pilot’s seat or inhabit one of the game’s heroes is tied to power-up icons that pop up in a less predictable manner than Battlefield’s vehicles (you might be hoping for an AT-ST but wind up with a TIE interceptor).

Supremacy isn’t the only 40-player mode, as Walker Assault pits teams of 20 against each other as AT-AT walkers march towards a rebel base. As the rebels, it’s your job to secure uplink points that call in Y-Wings for bombing raids on the AT-ATs. At designated moments in the battle, these ships will be called in to attack the walkers, which is the only time that they’re vulnerable to standard weapons. Once the bombs start falling, it’s up to the rebels to focus fire on the AT-ATs (especially their weak underbelly) with every power-up and special attack they’ve got. These moments can be a lot of fun, as it feels like you’re waging a battle against a seemingly-insurmountable force. It’s tough to take the walkers out before they reach the rebel base, but it can be thrilling to see them fall if your team can strike the final blow. Playing as the rebels proves to be more rewarding, as there isn’t much in the way of unique gameplay if you’re on the imperial side. Piloting the AT-AT is possible, but that amounts to sitting in a cockpit far away from the action and shooting lasers into the distance.

All of the vehicles are fun to control in the context of Supremacy and Walker Assault, but I was underwhelmed by the one vehicle-only mode. Fighter Squadron is set solely in the skies, spawning players in the cockpits of X-Wings and TIE fighters and other aerial units (with the Millennium Falcon and Boba Fett’s Slave I playable via power-ups). These airborne units feel special in other modes, as they’re essentially Call of Duty killstreak rewards that anyone has access to if they’re in the right place at the right time. When everyone has a ship, their limited abilities and functional-yet-unremarkable handling is made more apparent.

Rounding out the modes are variations on team deathmatch, capture the flag, and a few that are focused on capturing points (Droid Run has you capturing and defending moving droids, and Drop Zone subs in escape pods). Two others give you a chance to play as the star characters without having to hope for an opportune lucky power-up. Hero Hunt is an 8-player mode in which one player assumes the role of a named hero or villain while the rest of the group tries to take them down. Whoever lands the final blow becomes the hero, and points can only be earned while playing as them. This can be fun when you’re the hero, but it’s frustrating to know that your chance to become one is determined by whoever happens to connect with the final shot.

Heroes vs. Villains is a multi-round battle that pits three heroes against three villains, and the round is won when you take out the opposing three named characters. Non-hero players assume the roles of random grunts, and the hero roles are rotated through from round to round to give everyone a try as the more powerful characters. It’s the best mode in terms of guaranteeing your chance to play as a hero, but the format boils down to your standard round-based deathmatch with no respawns (with added grunt characters that can respawn).

The lasting appeal of any multiplayer-focused game is heavily determined by its progression system, and Battlefront’s feels limited and unrewarding. Not every shooter can feature the insanely intricate level of loadout customization as modern Call of Duty games, but Battlefront’s is bare-bones by any standard. Each round grants the player credits based on their performance, and these credits can be used to unlock 24 different cards that can be slotted into a three-card loadout. Included in these 24 cards are five grenade types, eight weapons, and five temporary bonuses that operate on cooldowns. As you reach higher ranks, you’ll unlock a jump pack as well as five traits that give you persistent bonuses. Some of these cards are really useful, with the jump pack standing out as it greatly increases your maneuverability. I got a lot of use out of weapon cards like the homing shot and pulse cannon, but most of the two dozen cards didn’t spend a lot of time in my loadout. With so few customization options, I didn’t feel like I was getting rewarded as I leveled up considering I was just unlocking the ability to purchase weapons that I frequently didn’t want to use.

Outside of the 24 cards are eleven primary blasters, but most of these feel pretty similar. They each have different ratings for damage, rate of fire, range, and overheating, but I didn’t see much variance between them outside of a couple that are clearly intended for short or long range. All of the weapons operate without an ammo count, as overheating is the only thing you’ll have to worry about.

Beyond unlocking more of the 24 cards and blasters, the only rewards you’ll get for progressing are more customization and emote options. Expect a lot of self-referential material in the latter, with mock lightsaber fights, Tusken Raider yells, and Darth Vader’s notorious “Nooooo!” moment from Revenge of the Sith included in the list. Character customization is limited to a dozen humans with varying hairstyles, with a handful of alien heads becoming available at the higher ranks.

Multiplayer’s progression shortcomings aren’t remedied by Battlefront’s single-player offerings. Included are five training missions, a tutorial, an AI battle on each of the four planets (with an option to play as hero characters), and a standard wave-based survival mode. The latter might be good for a couple of rounds with a friend, as cooperative play is available online and in split screen. Outside of that, the only thing these missions did for me was make me wish for a full campaign that utilized the great controls and production values that this game is capable of.

It’s hard to not get caught up in the occasional moment in Battlefront if you’re a big Star Wars fan. I loved stalking towards rebels as Darth Vader, force choking them as the Imperial March played. As I played as a Stormtrooper on Tatooine, I stopped for a moment to watch Luke and Vader battle with lightsabers as X-Wings and TIE fighters engaged in a dogfight above them. There’s a whole lot of Star Wars seeping out of every pore of Battlefront, and no amount of forced fan service took away from the fact that some moments in this game reminded me of the many things I love about the film franchise. If the impending release of The Force Awakens has you in the mood for a casual online shooter set in the Star Wars universe, this game can certainly provide that for a dozen or so hours. Battlefront initially checks all of the boxes for being a great Star Wars game, but its limited amount of content and lack of meaningful progression kept me from wanting to return for more than a brief visit. 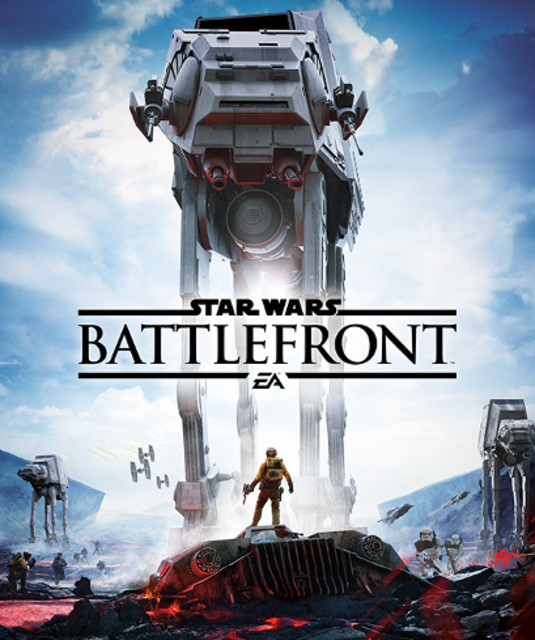