by Alex Navarro on March 21, 2013
Share:TwitterFacebookReddit

You aren't likely to see a starker, more immediately relevant example of the differences between a thoughtfully produced licensed game, and a cheap, barely thought-out cash-in, than you will between the two games currently bearing the name The Walking Dead. We all know by now (hopefully) about Telltale's rightfully revered episodic adventure game based on Robert Kirkman's zombie apocalyptic comic series. But now we also have The Walking Dead: Survival Instinct, a game that takes its story cues from The Walking Dead TV series. While the two aren't quite canonically related, they feature the same overarching notion of perpetually put-upon survivors fighting to continue their meager existence in a terrible, rotting world. But where Telltale's Walking Dead offered up characters, mechanics, and storytelling that all worked in almost entirely harmonious concert, nothing about Survival Instinct feels properly executed, let alone coherent or thoughtful.

I suppose it's worth noting that the two games are also of entirely different genres. Survival Instinct is a far more action-oriented game than Telltale's traditional adventure, and also is told almost exclusively from the first-person perspective of the show's favorite survivalist, Daryl Dixon. The story is something of a prequel to the events of the TV series, showing the early goings of the outbreak that slaughters the majority of the human race, as well as Daryl and his brother Merle's early misadventures in a now post-apocalyptic society. Norman Reedus and Michael Rooker appear to voice their respective characters with decent enthusiasm (if not particularly authentic acting), and the developers at Terminal Reality did do a pretty good job of capturing both actors' likenesses and expressions for the purposes of the game. Unfortunately, those are probably the last nice things I'm going to say about Survival Instinct.

Where to begin? Pretty much from the opening seconds, Survival Instinct makes minimal effort to immerse you in anything resembling an even moderately living world. Environments are bland, linear, and haggard looking in a way that seems less the fault of the apocalypse than the environment and texture artists tasked with trying to make this thing look halfway decent. And that's before you've even killed zombie one. The second those god awful-looking creatures start shambling up to you, the whole thing just falls the hell apart.

Nearly everything else the matter with Survival Instinct can be traced back to the undead hordes shuffling their way around the game's various areas. They're ugly, though again, not in a way that's so much frightening as it is deeply disappointing. Zombie AI is one of those things I'm always somewhat reluctant to criticize, since trying to program the purely instinctual, largely thoughtless behavior of tattered ghouls can't be an exact science. But in Survival Instinct, the science seems to have been abandoned altogether. Zombies are terrible at finding you in the most bizarre of circumstances. Walk past a certain fence or doorway, and they'll just lose complete track of you, or worse yet, still know where you are, but find themselves unable to traverse the corner of the door they've somehow become hooked upon. In open spaces they'll certainly come at you, often in large groups that can't really be fought, in which case your best bet is often just to flee.

That is maybe the one germ of a good idea Survival Instinct is infected with. Instead of turning the game into a zombie killing bloodbath, Terminal Reality at least tried something different by making the encounters with the undead more overwhelming than predicated on endless zombie killing. Little details, like the game's focus on silent, hand-to-hand weaponry, and the fact that you actually sweat when running for too long (which looks awful, but apparently alerts zombies to your presence via their sense of smell), are nifty concepts that just don't play out very well in execution. In reality, the game focuses so much on non-shooting weapons that guns border on useless. They're incredibly noisy, for one, and also aren't really any fun to shoot. Even Daryl's trademark crossbow, which the game goes out of its way to fuss over when you first get it, is downright awful to use.

So instead of running around like a zombie killing machine, you'll find yourself creeping around quite a lot, sneaking up on hapless walkers when they're by themselves, and creeping past groups whenever you can. Of course, you can't always avoid a conflict, in which case you must run to the blazes, lest the horde catch up to you. However, any real sense of fear one might feel from having an active football roster's worth of cannibalistic corpses pursuing you is largely negated when you actually find yourself up close and personal with a group. This scenario enacts a "grapple" mechanic where, one at a time, zombies will get all up in your face while you try to steer your knife in the direction of said zombie's face to pull off an initially brutal-looking kill move. Then you do it again. And again. And again. And again and again and again until you either screw up enough to die, or have actually killed an entire horde of zombies with only a knife and a severely broken game mechanic to thank for your life. I think I maybe killed off at least five or six major groupings of zombies this way. The rest of the time, I either managed to escape to the random green box I had to find to end the current mission objective, or died.

I died a lot in Survival Instinct, which maybe makes it all the sadder that it only took me five, maybe six hours to finish the whole damn thing. The storytelling is spartan to the point of very nearly not existing, which means that much of the time you're spending in the game revolves around annoying resource gathering and errand missions that are not only not fun, but incredibly frustrating as the game's difficulty progressively climbs higher. Which is to say nothing of the completely pointless, and utterly unpleasant side ventures the game saddles you with between story sections. In between these sections, you are asked what route you would like to take to the next area. Taking the highway, for instance, is a faster route that also provides few scavenging opportunities for supplies, like gas and food. You need those things, because without gas, you can't get to the next destination. Whatever route you take, you'll eventually have to make a stop between missions, and these all take place in the same handful of recycled environments, with the same recycled objectives again and again. They are awful, pointless padding that offer nothing beyond a way to extend what would otherwise be a mercifully brief playtime.

As awful as Survival Instinct is mechanically, the really depressing thing about it is that it offers no meaningful information or commentary on the characters it revolves around. Yes, Daryl and Merle's lives are a bit more fleshed out, but nothing you learn is anything you couldn't have gone the rest of your life not knowing. Even worse are the various side characters you'll pick up along the way, who you can actually chose to bring with you, or leave behind, depending on your affinity for them, and the kind of room you might have in your current vehicle. These characters exist, but that's about all they do. They're given few, if any opportunities to endear themselves to the player, and not a single one of their various death scenes elicited more than a casual shrug from me. It's hard to feel much for people who you never make any meaningful connection with, you know?

This is perhaps why this Walking Dead was always going to suffer in comparison to Telltale's. Telltale found a way to make you care about even the most minimally present characters in your group. It crafted relationships that became increasingly complex as the episodes went along. Survival Instinct's limp attempt at similar survivor relationships doesn't even compare.

I realize comparing what are obviously two very different games, mechanically speaking, isn't entirely fair. I also realize that Terminal Reality was likely saddled with a thankless, under-resourced task in making this game, one that has been quoted as coming together from conception to release in less than a year's time. The thing is, you can see the basic framework of a completely competent zombie game in Survival Instinct. With a stronger budget, more time, and a bit more care and craft, I could almost see this game being good. Sadly, what's ended up on shelves benefited from no such factors, leaving players with an abysmally rushed game of barely connected ideas that brings the player little more than frustration and disappointment. 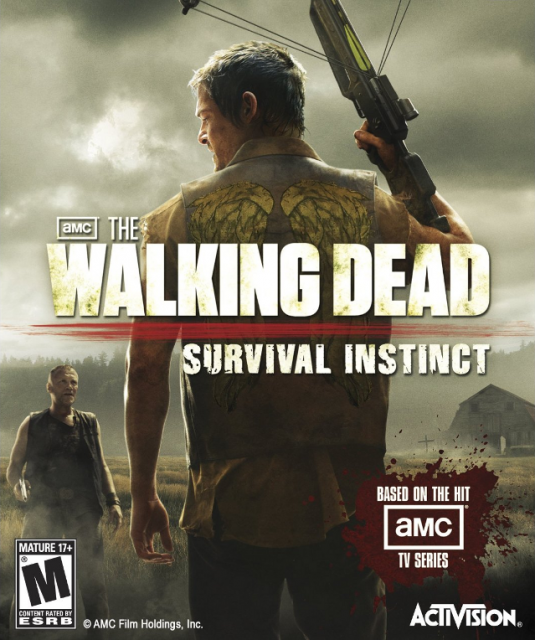 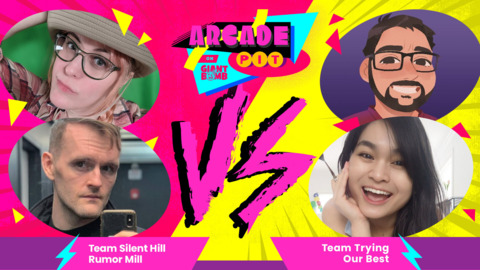