by Brad Shoemaker on September 2, 2009
Share:TwitterFacebookReddit

Not to alarm you, but this first-person shooter might play better with a mouse and keyboard.


As discussed on this week's Bombcast, I think I'm going to have to play Borderlands on the PC. In the distant past, controls used to be the single determining factor in my decision to play a first-person shooter on the PC or a console. But over time, as my familiarity with dual joysticks has grown and my attachment to the mouse and keyboard has waned, I've noticed myself worrying more about whether or not I'd get achievements from a game than how precise my aiming was going to be.

Well, Borderlands won't have achievements on the PC; it's not a Games For Windows Live-enabled game. Should make it an easy decision to get the console game, no? No. Gearbox's first-person, four-player loot-quest is certainly functional and fun on the Xbox 360 (though I haven't seen the PS3 version in person yet), but there's a whole bunch of reasons the PC version seems significantly better, based on a few minutes spent with both.

The PC version I played ran at a solid 60 frames per second on what Gearbox described as fairly modest hardware, compared to a less impressive 30 or so on the Xbox, and the lighting, textures, and color saturation looked dramatically better than the Xbox game sitting right next to it. Seriously, I'm not just saying that; the difference in visual fidelity was profound to me. Then there's that whole aiming-with-a-mouse thing, of course, which will certainly help in the tougher encounters with some of the game's named boss enemies. And Gearbox will also let you control the game's fairly complex menu screens--where you manage all your loot, talents, and more--with a mouse as well; on the console, you'll be stuck navigating with the controller, of course.

That's a strong list of reasons the game will likely be more playable on the PC, and for me, it makes a particularly convincing argument against sacrificing a better game experience just to increment my stupid gamerscore.

Another topic that came up on the podcast this week was Borderlands' trade interface, or more specifically, its lack of one. To swap items with another player, you have to communicate your intentions to one another, then manually drop your item on the ground and hope the other guy drops his, so you can both pick up your new gear. You don't need to be an especially nefarious individual to imagine the potential for abuse or griefing inherent in this rudimentary system.

On the podcast I promised I'd find out if the game would ship with a more secure trade interface than what I saw in my demo, and the official Gearbox answer is: It won't. So you'll do well to only traffic with trusted players in the early days of Borderlands' release, lest your precious loot walk right away from you. However, that may change after the game's release, since Gearbox says its plan for Borderlands DLC is to deliver features and content as requested by the community. A company rep says the trade thing in particular is something the company will possibly look at "if it becomes an issue where people care a lot."

Borderlands is out this October. If you wanna know more, why not read Jeff's last hands-on report?
Brad Shoemaker on Google+ 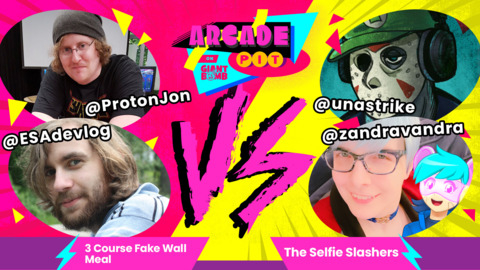