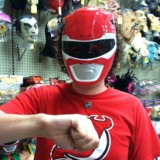 Hello, Giant Bombers! The website I co-run, DotSwoof.com, is putting together a live action Gears of War fan film. We're looking for people to act in it, promote it, and to donate to it by Friday, August 5th! Any donation and/or support is greatly appreciated! Thank you.

The film is positioned after the sinking of Jacinto, at the end of Gears of War 2, and will focus on the lives of the Stranded and their relationship with the COG army. The film’s opening starts with COG soldiers showing up at a Stranded camp attempting to recruit people in the fight against the Locust horde.

The filming will be taking place in Columbus, Ohio. Shooting begins Friday, August 5th, and will run through Monday, August 8th. This project will be DotSwoof’s biggest production to date, featuring over 50 actors and extras, the highest quality audio and video equipment around, and top of the line CG effects. With that said, we need your help to make this film a reality!

If you head on over to bit.ly/projectstranded (via Kickstarter.com), you can make a donation to the film that will help pay for food, transportation, on-set equipment, and post-production costs. DotSwoof has also added a multitude of incentives and giveaways for people donating money, including Project Stranded T-shirts and DVDs, COG tags used on-set, producing credits, and even an one of a kind COG helmet created for the film, plus a whole lot more!

Keep in mind, though, that if the $1,000 dollar goal is not met by Friday, August 5th, at 12am EST (that’s midnight) then DotSwoof and the rest of their crew will get none of the proceeds!

Everybody involved with the project is hoping to bring the Gears of War universe to life with this film, so your support, whether that be through a donation or a shout out on Twitter, brings us one step closer to our goal!

This Saturday, my website DotSwoof.com, is putting on a 24 hour live stream of Gears of War 2 Horde Mode to raise money for the Wounded Warrior Project, which supports wounded soldiers and veterans, a charity that we all feel very strongly about. We're kicking things off at 12pm this Saturday, June 25th and the event will run until 12pm Sunday, June 26th. We'll be streaming from OutOfGears.com and will be playing wave after wave of Horde to raise money for charity. We'll also be giving out a ton of really cool prizes, including DLC codes and many other amazing things that are really gonna blow people away; including prizes from Triforce! It's all for a good cause, so stop by the stream, make a donation, and possibly win something really cool! We've also partnered with SFX-360, GCON, Stick Skills, GearsUp, and more to make the event the best it possibly can be!!

This is the first of several upcoming community run charity events, all the part of the Gears to the End Charity Campaign led by GCON, the world's largest Gears of War community site. You can get updates on the campaign by following them on Twitter at @GEARSCON. For updates on the Waves of Charity event, follow @OutOfGears, @DotSwoof, and @SFX360_COM for the latest news!

(With that said, I didn't read anything saying I couldn't promote a charity event on the boards or in the FAQ, so please excuse my ignorance if this isn't allowed. If this doesn't break any rules, I'll update with our planned segments for the event soon, including some pretty big names in the Gears community.)

About Brothers to the End Charity Campaign

The Gears of War community has banded together to create the Gears to the End Charity Campaign, a series of fundraising events run by various organisations across the Gears of War fan base. Each organisation involved will create and execute their own event, ranging from raffled based prize giveaways to fundraising gaming marathons, for the benefit of a variety of great causes including the well-known gaming charity ExtraLife and the Wounded Warriors Project. Headed by Liam Ashley (Lead Manager, GCON), the group has the involvement of some of the biggest community groups such as SFX360, DotSwoof, Stick Skills and GCON, with further event and fundraising partners to be announced in the near future.

I've been working on my entertainment company/website/network or whatever else I should be calling it, DotSwoof.com, for a little over five years now; six if you count our year which was spent on pre-production of the site a few projects. Why am I bringing this up? Well, we've been known to go through a new site design every six months to a year, sometimes to uproarious cheers and other times to a room full of crickets, but every time we re-iterated we grew closer to a goal. That goal is to produce high quality content that we think is very good and very funny and share it with our audience and the rest of the world (if we're given the chance)! We just went through another redesign, this time going with a much cleaner and simpler look than ever before. I think we nailed the ball out of the park.

Now, coming from me, this just sounds like somebody tooting their own horn. So, what's your point? I implore you to check out the new site and then from there, check out our Out of Service website OutofGears.com and our Optical Overload website OpticalOverload.com! I've posted an Optical Overload comic with this and an Out of Service video for those of you out there that are missing out on our content! If you love it, or hate it, let me know on here. Thanks!

Depends on what it is

If the game looks or reviews really good then I most likely will. Games like Spolsion Man and Wolfenstein 3D are both great games, granted one is a port, but other stuff like Braid and Battlefield 1943 are also all worth it. There are titles out there that I have to scratch my head at but typically if a game looks good I'll buy it.