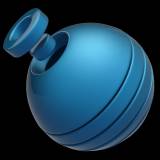 I'm going to repeat a totally too long comment . . .

I agree with a lot of what you say in this post, and I do agree that Abby didn't necessarily argue her case particularly well, but I still feel some slack has to be cut. Not because she's new at this, but because she's a human being having a conversation with a microphone in front of her face, and we're people with a keyboard and way too much time to think through it all. We have a huge advantage in having archived audio to refer to as reference and write our mini essays tearing it all apart, and that's a schism that makes internet discussion a real terrifying place these days. It makes for a really skewed relationship between content consumers and content producers, and some respect should be given to the producers for having to put up with it.

What makes me rest easier is that even though a perfectly cogent argument for Dream Daddies didn't completely take form in the discussion, there were kernels of something interesting there. What Vinny said earlier on - I forget which day of deliberation - of how completely Utopian Dream Daddies is to him sparked my interest. I really can't think of many other pieces of media that skate by these days on being unerringly hopeful and earnest. I'm trying my best not to put words in their mouths here, but it seemed to me what Vinny and Abby were trying to put together in their heads is that there is worth in not being confronted for once. Night in the Woods makes you tangle with finding yourself, Wolfenstein calls you to action to fight for liberty, but Dream Daddies? Things are just fine when you get there, and things are fine when you leave. That's impressive in a medium that, irrespective of genre, is obsessed with putting obstacles in front of you.

Again, that concise conclusion is not present during the discussion, so it becomes a little inadmissible as evidence, but I would like to think that if Abby and Vinny weren't completely exhausted from recording they may have maybe put it all together in the end.

@mikachops: Thank you, glad someone bothered to read.

It's par for the course for someone to filibuster some crazy 10th pick onto the list, and I for one am happy that Abby was the one to make it happen. The fact that she ran out of fresh arguments isn't surprising considering how much she was pestered about the game, but I think what Vinny mentioned speaks volumes. For those concerned with gender issues in 2017 (I.E., most people in one way or another), a game that moves past the painfully politicized conversation provides a very refreshing dip into a world where things feel a little more sane.

I've seen tons of lists that start off with the caveat that while 2017 was a terrible year, it was a great year for videogames. Of course they fail to elaborate because mentioning politics on the internet always gets you in trouble, but it's been a bad year because things are going bad in that unmentionable political zone. A game like Dream Daddy is the perfect balm for that psychic wound most of us are nursing, because in a year where gay and trans rights came under sudden threat, this game looks past into a sunny future. And then beyond that one hot button issue to a more universally held principal, When the vitriol spewed across the American divide is at an all time high, you get to pretend that this doesn't all end in thermonuclear detonation.

It's the greatest, sweetest escape right now to believe that tomorrow the sun will rise, and we'll all be living in our happiest most perfect selves, and we all recognize ourselves in one another, and no anger exists because there is no need for it. Most games allow you to escape to different universes or time periods, but Dream Daddies transports you to what you think today should be. That's far more powerful a commentary on our current times than anything else on the list. It might not be the most mind-blowing VN story ever told, but the context of this year makes it far more poignant. And isn't that kind of the point of the whole discussion?

I really respect everyone at Giantbomb for the way they navigate these very muddied waters, and it only strengthened listening to the discussion around Dream Daddies. No one resorted to the argument that this is a game worth upholding solely because it sends the right "message". Abby and Vinny argued solely on how the game emotionally resonated with them, and I, as someone who hasn't played a minute of the game, have no grounds to tell them that they're wrong.