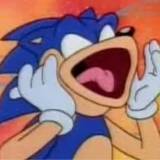 Why not just release it digitally...?

If you asked Ryan Davis, he'd say yes. So, yeah, I think so.

Things "not being the same" is totally no excuse to stop doing anything. You either break down, or you adapt, and Giant Bomb's staff has shown an incredibly strong will to adapt to their surroundings. It might be sad, or bittersweet, yeah, sure. And it won't be "the same". But that does not mean it doesn't have to be, too.

I uploaded this video so people might understand my feelings regarding Ryan Davis and his unfortunate passing. It's an anecdotal story about a woman who died at 31 and how she continued to make people insanely happy even after she had left, and... well, go ahead and watch it.

If you're broken by today's news, I'd like to think this perspective on our legacies makes things just that much brighter.

If Ratchet and Clank comes out before The Goon I will smash my face through the nearest piece of asphalt.

I have depression and Depression Quest made me happy. ...no, really. It was great to have a game I could show other people and say this! Me this! Me feel crap this way! Me want cat too can you buy me a cat pls

It did also make me sad, because it was almost my experiences to a tee, and that was both disheartening and a little uncomfortable. But overall, I'm just glad such a game exists.

And I'm also glad such an article exists. Thanks, Patrick, for taking the time to put this of all things under your spotlight. :)

Aw. Get well, Patrick! Collarbones aren't that important, right? They're only right next to your... neck... and arms... and... well. Okay. It might be a little important. Eep.

...hope you get all fixed up and feel nice and not broken soon, Mr Klepek, and I also hope if they can't save your collarbone, that they at least install some kind of awesome robot shoulder into you! With a missile launcher! And a torch!

I cannot imagine a situation where Half Life or Portal as a movie are any good, JJ Abrams or not.

There's no reason they have to follow the exact plot of the video games. If they used the setting from Half Life it would be awesome. Kind of like District 9 maybe, with a very realistic feeling world, but with futuristic elements. I've always thought it would be cool to see those half life baddies on the big screen, with their stun baton and masked electronic voice. It's like a Nazi invasion in the future, but not as ugly as Killzone. And you know, Gordon Freeman is sorta like a super hero when he puts on that suit.

Personally, the idea of a drama-comedy set in old Aperture starring JK Simmons as a pre-dead-cos-moon-dust Cave Johnson makes me giddy. They could be doing a bunch of dubious pseudo-science! Or maybe even founding the company! Man, any kind of Portal side-story that doesn't focus on GLaDOS or Chell would probably be amazing. A Ratman movie? A Caroline movie? A movie about the doomed Aperture Borealis ship?

This is why, as glad as I am that you're at least attempting to highlight issues in the games industry, ultimately you fall flat. A little knowledge is a dangerous thing, and you should not be acting as gatekeeper over what is and isn't sexist - that is for women to decide.

Sexism goes both ways. You only want all the women in the world to decide what's sexist and what isn't for men too? That's just bad news man. Now, abortion: that's something for women to decide. Sexism as a whole? No.

If you are alleging that men are seriously discriminated against based on their sex in ANY society ever, I'd love to hear your evidence, if only for a good laugh.

Suggesting that men are immune to sexism and never have to worry about it makes you extremely sexist.

No, I'm not saying men have it worse than women.

The sexism problem extends to women for more than men in the gaming industry - arguably most team-based creative industries, and technology industries. But sexism is indeed a problem for everyone. I mean, the number of feminists that discriminate against transgendered people is truly horrific. Sexism is a huge, big problem, and while men hold more power in a lot of places, discrimination happens.

HOWEVER. I would not go so far as to say raising awareness about sexism against one gender goes to silence sexism to the other. Some issues are more pressing than others to some people. It doesn't mean they're disregarded; and indeed, women probably, overall, have it worse than men. But it does happen and it is a problem. Really, if your idea of advocating equal rights is to silence people, then you're doing it wrong.

Aren't Crytek the ones who are developing the second Homefront? That makes sense, then.