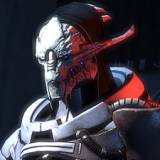 Ok one of my predictions was wrong but at least i admit it. Heavy Rain turned out to be an ok game. It's pretty lengthy and even has a lot of replay value. Also the story is pretty damn good from what i heard. It's not over the top but another above average game worth getting for the best console, the trey :P. I'm not paying full price for it though lol!! Other average games like Dantes Inferno and Bioshock 2 i'll wait for price drop, cuz they not worth full price.

EDIT: Sorry i posted this on forums by mistake lol!

We all know that they had 0 good exclusives in 2009, and no one bring up Halo: ODST cuz i'll just laugh at you. Now in 2010 it's pretty clear that other then Mass Effect 2 (also out on PC) 360 got 0 big exclusives. But Xbots continue to defend their console .... lol .... Oh but we gotz teh Crackdowns 2 and teh Splinter Cell Convictions... Give me a fucking break! LOL. Seriously... How can anyone, even the dumbest of all 360 fanboys in the world bring that crap up and compare it to God of War 3 or Last Guardian. Maybe paying for laggy ass online is messing their heads up... oh well.. gotta feel sorry for them after the terrible year they had. Shit... just Demons Souls alone (one kick ass game not many have)  rapes all the 360 line up of 2009... lol.

BTW Alan Wake will be average and Heavy Rain on PS3 will suck. You heard it here first .:)

Back in 2006 i bought my self a 360... why? Well PS3 was not out yet and i was desperate for a new console and i also wanted to really play Dead Rising. It was awesome, and not just cuz of Dead Rising. Games like Gears of War and then Bioshock and Mass Effect in 2007! That year, 2007, i also bought a PS3. There was nothing to play on it! 0 good games on PS3. I bought MotorStorm for the hell of it and it looked awesome, but it was not a good game. I was playing my 360 every day, and never my PS3. Then something happen... my 360 died. And at that same time PS3 was starting to wake up with games like Heavenly Sword and then Uncharted....

I had already bought a core 360 to replace my dead one and i still played my 360, even if PS3 was starting to take over. I still hadn't finished Mass Effect, and also Gears of War 2 came out. I played the single player in Gears 2, i didn't even bother with the online for 2 reasons. 1. no way in hell im paying for online another year and 2. servers in the first game sucked (host advantage). While on PS3 that year i played games like GTAIV, MGS4, Dead Space. 2008 was the year i played my PS3 more then 360, and not just cuz PS3 started getting more good games, but the console its self was getting better via firmware updates, like trophies, in-game media bar and stuff like that. And guess what? All for FREE! So not only was PS3 starting to dominate in good games, but in everything else as well.

Man 2009 ain't over yet as im writing this but it doesn't matter! I played 0 360 games this year. There are no good exclusives for this console and i refuse to pay for XBL. This console is as good as dead. Hell i'm glad i don't even bother to turn it on or else i would just get the RROD. Killzone 2 on PS3 is one amazing game, it takes a big dump on Gears of War servers and graphics. And guess how much i have to pay for KZ2 awesome servers? $0. And i'm sure Uncharted 2 when it comes out this year will have great servers as well, just like in the Beta i played and all for free.

There is still one game i want to play for 360, that is Mass Effect 2. It's the only reason i still have a 360 locked up in my closet. But i really hope Mass Effect series comes to PS3 so i don't have to waste my time getting it on 360. As for PS3 i cant wait for God of War III and Last Guardian. And don't come telling me.. oh we got Alan Wake and Halo.... man screw that trash called Halo. As for Alan Wake? I don't think it will be a big game, probably average, i can just counter it with Heavy Rain, another game i think will be average... if even that.