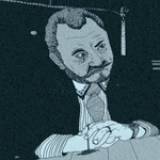 I think I have to start with thanking Drew and Dan for deciding to endurance type run seemingly the whole main saga of the MGS franchise. When they started playing though MGS it was really cool to see someone totally new try and get into the game, in 2014. I really enjoyed watching Drew struggling to come to terms with the controls, especially now.

But when Drew decided to take on MGS2 I was a bit worried, but first, I need to back track to my own experiences with MGS2.

Back in the day I got games only at birthdays and Christmases, because I was a child and had no job or pocket money, so I missed out on the ZOE MGS2 demo, but I didn't miss out on the OPM cover story and I was hyped. Like so many the retaliation that you play the game as Raiden was a huge shock and one I initially disliked. But the more I got into the plot of MGS2 and seeing that this new character allowed me to view Snake (my hero) in a new light was pretty cool. It was also cool that Raiden was a lot more mobile than Snake.

But for me the biggest issue I had with the game was the story, MGS2 is very cut scene and codec heavy and as a child the story passed me by without me even noticing and I skipped all the codec stuff I hated and emotions and Rose. I hated it and didn't care to listen.

That aside, I loved MGS2, the game play was so much better than MGS and really anything else on the PS2 I had ever played. It was a joy and I played the game to death. Literally, to death. By the time I was done with MGS2 (getting the dog tags etc) I had come to the point of resentment and anger. The music of MGS2 was like nothing else and it grated me.

This feeling stuck with me to the point that when the HD Collection came out I never bothered to replay MGS2, the mere thought of it just bought up bad memories.. and the music, ugh how I hated the music.

Cut forward to the start of the month and Drew and Dan are starting season two of there somewhat insane MGS endurance run and I'm watching them watch the opening cut scene for MGS2 and.. the feelings that Dan was talking about came rushing back, I suddenly had the overpowering urge to play MGS2 along side Drew, so I could compare notes and breeze through things he would struggle with. But I had a problem, atm, due to work and new personal issues I travel a lot more and don't really have ready access to my PS2 or PS3 enough to play MGS2 on it with Drew and Dan. So I made the decision to invest in a Vita.

I think it's fair to say that it wasn't really a gamble, I'm a huge MGS fan and the ability to properly play MGS, MGS2 and MGS3 on the go was a huge positive, but still it wasn't a cheap move, to play one game... one game I kind of hated.

But I think it was possibly the best move I could have made, The Vita is pretty great, and apart from god awful analogue sticks is the perfect way to play MGS2.

At this point Drew has finished the Tanker chapter and has just started The Plant. I breeze through the Tanker level and the joy of playing MGS2 starts to come back to me. I'm not playing it to get zero kills, or all the dog tags, just to play it as best I can. I start The Plant chapter, before I realise I've jumped ahead of Drew and Dan by an hour or two (or given the last video of strut F maybe three or four ha).

I couldn't put it down, knowing about the plot and the story and the messages Kojima was trying to convey everything in the game has a brand new meaning to me playing it after such a long gap. The music, man the music is amazing! It fits everything so perfectly nearly half of the story telling seems to be coming from the music, and how it changes throughout the game. The codec messages now between Raiden and Rose mean so much more and I can see so many hidden meanings within them.

Suffice to say that I finished the game last night and I can't stop thinking about it or stop listening to the music. It's a really amazing game and I think it might be moving closer to the top of the list in terms of my favorite MGS games. Never before have I been able to replay a game after such a long gap and have it mean so much more and be able to really experience it differently given my age and the present climate.

So this is a huge shout out and thanks to Drew and Dan for going on this epic quest as it has helped reunite me with a long lost love of mine, one I now cannot put down, or stop thinking about!

And for reference, here is my collection... y'know in case you guys didn't think I was a true fanboy after reading that anyway haha

My thoughts on how to save the WiiU.

The WiiU has been a pretty large failure in terms of being able to pull the major third parties back to Nintendo’s system. The WiiU was designed to give the hardcore a Nintendo platform they could play all their normal 3rd person shooters and FPS’s on, as well as Nintendo’s latest and greatest Mario and Zelda games. They started out well with Mass Effect and ZombiU, but since launch none of the major third party games have gone to the WiiU (Bioshock Infinate, Crysis 3, Skyrim, Saints Row: The Third, Battlefield 3 etc). This lack of support from the third parties has been compounded by Nintendo’s complete lack of major games for the system a year after launch, Pikmin 3 being the first really ‘new’ WiiU game from Nintendo.

This has resulted in pretty horrible sales figures for the WiiU [1, 2, 3], not only this but third parties have been slowly walking away from the system.

With the WiiU struggling to compete even with systems that are (on a performance level) even with it, it seems silly and foolish to think that it will be any better when the Xbox One and PlayStation 4 launch later this year.

So with that in mind, these are my suggestions on how to make the WiiU a value proposition for general consumers and people who want a good gaming system from Nintendo.

By giving the system a new name, look and value proposition Nintendo would make the Super Wii not only the place for Mario, Zelda and other Nintendo games it would also make it the place to get all your favourite Nintendo games from history without having to spend much money doing so. Gamers who skipped on a Wii could pick up a Super Wii and have access to all the great Wii games as well as all the classic Nintendo games and any future games.

Nintendo has to do something if they want to survive, they have (for whatever reason) committed to making a new home console, they have to make it work.

Ok so I don't really like Nintendo, I mean ofc I have many versions of the Gameboy and a 3DS, along with a Wii, and apart from my Gameboy I've not really enjoyed any of the systems I've used or owned. But that's fine, I'm not really the person Nintendo games are aimed at and this isn't really aimed at why I don't like Nintendo, but what I can't understand is why Nintendo who has this HUGE library and history of well loved games and has the most diehard fans of pretty much anyone in gaming hardware at this point, why they made the WiiU and why they didn't make something for their fans.

What I mean is, Nintendo has a growing grass-roots fanbase of people who have been buying, reproducing, modding and making music from their old hardware and software. Chip-tunes is the PERFECT example of what Nintendo should be doing, sure it's a small market, but Nintendo don't actually need to do much at all, if they made a version of the original Gameboy, with a backlit screen and some more audio-out ports and allow people to mod it, they could sell for all profit, and that small market could be given room to grow because of the newly gained attention... and Nintendo bearly have to do anything, the hardware is already available and cheap.

On top of this NES/SNES collecting has grown into something of a phenomenon for people of a certain generation of gamer, not only that but there are developers actually making new games on the NES hardware. There are also shops selling reproduction carts for people who can't afford to collect the insanely expensive original carts as well as people selling new plastic cases for people to protect their carts in.

So why doesn't Nintendo push out a totally open, region free NES or SNES that can play either title? Let people have the hardware they can mod and play around with, the hardware is so dated my 5yr old watch can run SNES games, the hardware is cheap and available, the audience already exists and is almost exclusively a Nintendo fan. Hell Nintendo could even make limited edition Zelda or Mario versions of these machines and sell them for $99/199 and people would buy them...

It seems to me that there is this HUGE Nintendo core fanbase that uses Nintendo hardware for all kinds of things (making games, hardware/software mod's and making music), why Nintendo doesn't give this grated niche but die-hard fanbase what they want and make money from them I have no idea.

Instead of using the WiiU as there 'next gen' system, they should focus 100% on making the 3DS the tide over until the actual next gen (ps4 etc) and in the mean time give their hardcore base what they want and show there actual fans that they haven't forgotten about them....

Blogs Created:
3 blogs
Most Commented blog:
My thoughts on how to save the WiiU.
Total Comments on blogs:
25 comments