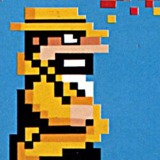 I have trapped myself in the dumbest possible situation re: gaming

I like to think of myself as a smart person but sometimes I am very very dumb.

I own all three major modern consoles, Xbox Series X, Switch, and PS5 and while Xbox has been my primary platform since the release of the first Xbox in 2001, I have generally split my gaming time at about 50% XBox, 30% PlayStation, 15% Nintendo, and 5% PC/portable. Those numbers change over time depending on what I happen to be playing and I have a tendency to favor one platform over another in a given period (so I might have a couple months where I finish 5 PlayStation games and don't play anything on Xbox) but over the course of the year things tend to fall into the percentages above.

Until this year. This year I've played almost entirely Xbox. Part of that has been my focus on playing Game Pass games, which is fine, but not all of it. I've played games that aren't on Game Pass (Rogue Legacy 2 is spectacular!), they've just almost all been on Xbox.

The site Trueachievements.com has been around for a while. It tracks your achievements and creates a "true" score from them by factoring in how rare they are. It's kind of neat just as an overall achievement tracker that lets you get into your stats and see all kinds of information. One of the things it tracks are "streaks" of achievements, which is how many days in a row you've won at least one achievement. Generally my top streaks have been 20-40 days, interrupted when I go somewhere without my Xbox or am just too busy to play something,

My current streak is 236 days.

What happened? XCloud. I can now log into Xbox from my phone wherever I have a signal. While I don't really like to play Xbox games on my phone, it's easily good enough to tick off a simple cheevo, especially if I have it cued up. If I'm playing a game with XCloud support that has a super easy achievement (like for changing something in settings, or equipping a certain type of item) I just avoid triggering that during my playthrough and then if I have a day where I don't have time or ability to get on my Xbox I log in, tick off the cheevo, and log out in like 2 minutes. The streak continues.

None of this should matter at all, but what it means is that every day when I wake up and go through my mental checklist of things to do I include continuing the streak, and then if I find time to play something I want to keep going to build up the number of achievements in the streak and....I've pretty much only been playing Xbox as a result, even though there's stuff I want to play on my PS5 and even my Switch.

Of course there's nothing stopping me from logging on to Xbox, playing something until I hit one achievement, and then switching to some other device, and I've done some of that for sure. I've finished multiple PS5 games in the last 6 months so it's not like I haven't touched the thing. But generally it's been much more weighted towards Xbox. It has also been weighted towards Xbox games where I know I will get an achievement if I play for an hour or two, as opposed to some bigger games where you can go 10 hours between achievements. Both of these things are bad. Achievements should not be influencing what I play!

So why don't I just stop? I've stopped streaks before with much lower numbers because I didn't want to keep playing on one system.

236 days. This is the longest streak I'll ever have. It's over half a year! And because it's based on number of days there's no way to get around it. You need to log in and do something every day or it ends. It's meaningless and stupid and actively detrimental to my gameplay (not that I haven't enjoyed the XBox games I've played or it's really a chore, just that it's made me play stuff I wanted to play less than other options available) but it's so easy to just do one more day that I can't seem to help myself. And the longer it gets the less comfortable I am ending it because the more impossible it will be to ever break it.

I'm not really looking for solutions here, I'm just venting. I know how to solve this. Don't get an achievement for a day. Streak ends, nothing I can do, no harm done because this thing is completely meaningless, and the problem is solved. But every time I think I should do that I think of how cool it would be to get a whole year done, or to hit the 400 day mark. Or 500.

Like I said, I like to think of myself as smart, but all idiots do. Every stupid person thinks they're pretty bright. So yeah.

So yeah. I needed to vent. Feel free to share your own stupid decisions in this thread or, I guess, to try and shame me, though you can't possibly shame me more than I have already shamed myself.

At least some of those Game Pass games have been really good.