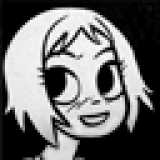 In the promotion of Mass Effect: Andromeda it seems Bioware is rolling back from the vast intergalactic community of the main trilogy into something with a more "one small step for man" feel as what's been revealed of the game has been building up the feature of a stronger focus on exploration, seemingly more similar to double-edged sword that was the vast expanses of uncharted worlds in Mass Effect 1. Even the Mako is back!

With the game still more than a year out from release though details beyond the most basic hype are sparse. What has surfaced is a survey allegedly from Bioware describing proposed designs and plot of Mass Effect: Andromeda. While it is important to be suspect toward the validity of this survey, it's worth noting that Bioware sent out a similar survey prior to the release of Dragon Age: Inquisition. Furthermore, Gamespot's report on the survey points out that "should the survey details prove to be accurate, it should be noted that these are potential design ideas, and not necessarily features already designed and coded." Even if the survey is false or is not the final direction Andromeda will go, it is worth analyzing the game proposed by this survey.

The survey works off what's been confirmed about Mass: Effect Andromeda, that the focus will be on exploration of the Andromeda galaxy and goes on to the explain that the player is "a pathfinder, a combat trained but un-tested explorer leading an expedition into the Helius cluster to establish a new home for humanity." Colonization has never before been a central focus of Mass Effect; where it's mentioned it's been shown as a highly bureaucratic process of selecting who is allowed access to the relevant prior intelligent life free planet, moon, or other object in space. Even before Mass Effect, Bioware's Jade Empire had its memorable lampooning of European cultural posturing with Sir Roderick Ponce von Fontlebottom. According to the survey though, with Mass Effect: Andromeda Bioware seems to be allowing a less well thought out, more carte blanche approach to colonization than the series has previously shown.

From the survey it appears that humanity and whoever else from the Milky Way is accompanying them will "search solar systems for rare habitable planets to establish a settlement." This is not uninhabited space though: "as [the player explores] this sprawling series of solar systems..., collecting resources and building colonies, [they] will encounter the savagery of untamed lands in the form of cut-throat outlaws and warring alien races." Colonial history is abundant with native civilizations attacking settlers. Perhaps though the races of Andromeda will be justified in attacking the foreign invaders from the Milky Way. The survey implies that the latter isn't having the most open dialogue with the former.

A problem of colonialism has been the repeated behavior of colonizing bodies to in one way or another antagonize the natives of the land they are upon. The Khet are the sole named natives of Andromeda and they have not been painted in a positive light so far. An article from Eurogamer on the survey proposes that the Khet are an alien race appearing in concept art of Mass: Effect Andromeda that was shown behind closed doors to select fans of Mass Effect at PAX Prime 2013 and are described as "an 'arrogant', skeletal race with glowing eyes." The survey also mentions an activity for players will be defending their settlements from Khet attacks. It would be rather amazing if Bioware was able to find a justification where the player can feel okay knowing that a native species so disapproves of the presence of these settlers from the Milky Way that they resort to attacking their colonies, doubly so for the "optional combat experiences" players will find wherein they may attack and destroy Khet outposts. It'd be like seizing outposts Far Cry 3 but perhaps somehow still less awkward from a post-colonial perspective. Perhaps the Khet actually are a very explicitly evil people with the goal of snuffing out Milky Way the settlers before they become a threat. It would certainly be disappointing if they were and that still doesn't justify colonizing their territory without permission. Finally: "allies will reward [the player] with praise and increased narrative options as you fight to remove the Khet presence from the region." Well, there goes the hope that one of the game's companions was a xenoanthropologist.

The other alien race mentioned in the survey is the Remnant. As the generic name implies this is one of those super powerful extinct races from a far away past that are so pervasive in sci-fi games of late. Players will be able to search for artifacts of the Remnant in ancient vaults that will have traps activated the moment the player seizes its treasures. There is a quote from the video game Sunless Sea* that sarcastically makes an educated and appropriately Indiana Jones referencing reaction to behavior such as this:

This belongs in a museum! Assuming that colonial-imperial appropriation for the purpose of hegemonic taxonomisation is a suitable response to the problem of intercultural contact. Which it probably is, because museums are magnificent institutions.

The problem specifically of a foreign nation taking the artifacts of another land, even if the civilization that made them is extinct, is that the native people of that land likely had at least the influence of that extinct people on them and taking those artifacts is taking part of the existing natives history. Appropriately the Khet are also after these artifacts because it seems completely appropriate to try and gather as many artifacts of your galaxy's ancient inhabitants as one can before hostile foreign invaders get to them.

Again though, the game proposed in this survey may not be what Mass Effect: Andromeda ends up becoming. The design and story ideas seem too gracelessness toward colonial histories to have be genuine yet too dead on in there portrayal of the wrong way to settle a land to be a cobbled together fake. Perhaps the survey was written by an ignorant PR employee who is soon on their way out of a job or a history buff pulling a well researched fast one on Mass Effect fans. If it's the latter: well played. Nice touch naming the player's ship, "the Tempest", after Shakespeare's play critiquing colonialism. If neither of those hopes are true then the hope is that Bioware has already caught the implications of this survey and altered Mass Effect: Andromeda accordingly. Maybe colonial atrocities are all the Renegade choices.

Edit: Yeah, that original title was terrible. Hopefully the new one is less me covering up nervousness with pretentiousness.

*Someone remind me to write something about how Sunless Sea is one of the few and probably best satires of Victorian British colonialism.

Blogs Created:
2 blogs
Most Commented blog:
Why Bioware Might Wanna' Check Themselves Before They Wreck Themselves
Total Comments on blogs:
50 comments