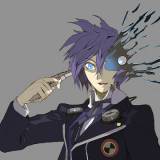 First off i'll start with saying that GT5 was the first Gran Turismo game i bought (on consoles), but that i'm a big racing game fan and was there for really looking forward to GT5 after playing some of GT5 Proloque. Also i want to add that i'm a big fan of the Forza Motorsports franchise, but i think i can still be objective and don't want to turn this into PS3 vs 360 or GT vs Forza argument.

Having played earlier GT games and coming to expect a great level of polish from Polyphony Digitals race games, i think its fair to say that GT5 at launch was a pretty big disappointment. Fortunately Polyphony already put out a number of patches to add some things and streamline some of the experience. And i have to say that the actual driving part of GT5 just feels great. Every car handles differently and changing the setup, tires or making upgrades can really improve your laptimes. That said, there are also plenty of things that i feel are bad or even missing in this game.

But like the title said, i want to talk about the amount of content GT5 offers and i'm not talking about the cars either. I'm talking about the races. I've been playing GT5 off and on since launch and i've almost reached lvl 25 in A-spec and 23 in B-spec. In A-spec i've reached gold medals in all but two events (only because i can't find a car for one and the other is the Formula GT championship which takes a really long time to complete in one sitting). I've completed most of the licenses but still have to finish up the last ones because i didn't have all that much fun with the challenges. Some of the special events are fun and challenging like the Kart races the AMG challenges and the Grand Tour. The Nascar one is alright although the highest level i find really hard to complete. I hate the rally events and wish rally wasn't even in GT5 because it isn't good!

Since the latest patch Polyphony also added the Seasonal Events; i don't see the point in battling the whole world on the time trail or drift leaderboards because i'm not going to be up there with the best of them. I'm just using a controller over here and while i like a challenge i would've rather that Polyphony would've put in a target time for you to beat. An option to compare your fastest lap time with your friends would have been excellent too! The races they added in the Seasonal Events i'm having a lot off fun with though, because it looks like they will keep adding new ones and you get a pretty nice reward from them.

But what was all this; "there is a huge amount of content in GT5" about? I'm practically done with the A-spec part off the game and i have to say it was pretty short! Some off the series only have one or two races but GT5 has all these tracks i have never even raced on in the A-spec mode. Don't even get me started about the B-spec mode which has you race the same races but your AI driver can only win when he has the vastly superior car or a big level advantage. The B-spec mode is even more of a grind because you have even less events to earn experience on and you end up having to do to same events over and over to get to a higher level and new events.

Maybe i still need to gain some levels to open up some more races i can do; but so far i'm pretty down on what Gran Turismo 5 has to offer in singleplayer. And while i was thinking this game could at least still my racing hunger until the next big race game comes along. How is the amount of races in Need For Speed: Hot Pursuit!?


So here we are; the holiday season is fast approaching and what a holiday season it is! It seems like each year more and more triple A titles release and getting through all those games seems impossible (at least for me...). With games like Halo Reach, Fable 3, Gran Turismo 5, Fallout New Vegas, Call of Duty: Black Ops and many more in stores it is supposed the best time of the year to be a gamer. And that is just talking about the games; both Sony and Microsoft also want us to jump into "a whole new experience" with the Move and the Kinect launches just a month apart.

But for me, something is different this year. Last year i was playing through Arham Asylum, Assasins Creed 2 and Uncharted 2, now i've only bought and played through Halo: Reach. I'm looking forward to is GT5 but at this point it is uncertain if it will even come out this year. New games like Fallout New Vegas, Medal of Honor and Fable 3 i haven't bought because of the many issues that those games seem to have, that kind of put me off from spending € 60,- on them. Its not like i haven't been playing any games; i'm just not buying the "latest and greatest hits".

I have noticed a change in the way i spent my money on games; i used to buy a new game almost every week, with a lot of bad titles among them. Many of those games would see only an hour or two of my consoles insides before being put on a shelve forever. Now i read a lot more reviews and listen to a lot of podcasts which help me make my discission on what games to buy. Only so far this holiday season i'm more excited to play (A or AA?) games like Castlevania, Enslaved and Super Meat Boy instead of the games i was looking forward to the rest of the year or even last year! I  have been going back and started playing Civilization Revolution, Valkerya Chronicles and Metal Gear Solid 4, games that i missed before i now find time to play them. Usually something like that happens in the summer but not this year...

So now i'm just thinking which of these tripple A games will i be playing a year from now, because i missed out on them this year. My money is on Fallout: New Vegas.
7 Comments

My feelings about Halo: Reach after almost finishing the campaign


Before the release of Halo: Reach, i really wasn't that excited to play it, but after seeing some footage i decided to pre-order a copy anyway. I knew i would have to play it sooner or later so why not... After picking it up the day after release i jumped right in, playing the campaign co-op with my girlfriend on Heroic. We've played ODST and Halo 3 together and jumping into Reach felt like seeing an old friend. A friend that looked a whole lot better!

After playing through a few chapters we put down the game and continued the next day. After two days we got to the spire mission and a friend of mine also got a copy so we decided to restart the game and play through it on Legendary with the three of us. We started sunday morning at 10 figuring we could finish it by the end of the day. But after we took a break at the sniper mission we ran into all kinds of problems. We hosted the game because me and my girlfriend played splitscreen and my friend would join, but trying to launch the game it kept kicking us out or give us a number of error messages. Finally we got it to work, but we still got dropped from a game occasionally. All these problems really added to my frustration when last night i was just playing splitscreen and we were at the very end of the last mission when we both died and the game reloaded the entire chapter from the beginning cinametic. Considering the last chapter is probably the hardest in the game and especially the last section, you could probably understand my frustration. The game itself i really enjoy, but what is up with all those errors!? I had to stop playing and turned off my 360 because i was pretty pissed.

Without the issues though; i'm really enjoying the campaign. The armor abilities mix up the gameplay and create fun moments; like sticking a plasma on a elite and see him dodging to get rid of it. Or you see them use armor lock to avoid getting killed. The new weapons are also really fun and i especially like the Needle Rifle. Overall this is probably the best Halo campaign i've played (i haven't played Halo Wars), i enjoy the cutscenes with your own customizable Noble Six. The story of Halo: Reach sets up Halo: Combat Evolved perfectly and is way more interesting then i thought it would be. I do however wish 343 Studios is looking into an HD re-release of Halo: Combat Evolved like Sony is doing with some of its oclassic titles. Playing that space flight section i got a serious Crimson Skies IN SPACE vibe! My conclusion: Halo Reach is better then i expected and i hope any problems will be solved soon.
1 Comments