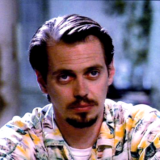 Higher AI difficulties and getting better at the game

I've been playing FIFA 11 (and now 12) on Semi-pro for as long as I can remember, and now it's too easy. The thing is, if I jump up to professional I lose just about every match. I don't know what it is, are my players slowed and dumbed down? It just feels like my players are so much worse than the other team's (and this is when I know that the team I play is better). I've been playing a few games on the higher setting and I'm not feeling like I'm getting better at it either, I just keep losing. I've had some of the biggest rage fits of my life so far, I don't know what it is but football games are ten times worse than any other competitive game.

My Opinion Of That Game They Call Dragon Age 2 (Spoilers)

There's going to be SPOILERS. You have been warned.

Okay, I've never criticized a game before, well, at least not posted it for people to read. But I want to see if others are having the same thoughts as I am. I bet many have bashed or praised it before me on Giantbomb, but I just want to throw my opinion out there, if that's cool?

Okay, so let me set you up here. I absolutely loved Dragon Age: Origins, to such an extent, in fact, that I have played through it at least four full times, the last one with Dragon Age: Awakening. Being just a bit too young to have played the Baldur's Gate series (well, technically I played Dark Alliance II on my Playstation 2), I found it highly exhilarating to play a good ol' role-playing game. I marvelled at the world Bioware had built because it felt whole. What I'm trying to say is that the religions, the stories and descriptions felt magical, like a living, aging world.

Then came the successor, and what a game it has been. Both good and bad, but for my part mostly bad. I've only finished it once so far (on Xbox 360), but I'm planning on running through it at least one more time. My first impressions of the new art style (at least concept art style) weren't that bad. They wanted a new approach, and though I was utterly satisfied with the design of the first game, I wasn't going to go about whining on something so trivial, I mean, we hadn't seen the game yet. Then came the trailers and I was stoked, totally stoked, because this dude just chopped up so many hurlocks!

So I got it, and I played it. And it was totally different. Yeah, I know, why the hell would they make the same game all over again? That's not what I'm trying to say. I'm saying I would've been satisfied with them just expanding the universe: take us to Antiva, Orlais and the Tevinter Empire, stuff like that. Improve the graphics, tweak and add some stuff, and I would've been content. They took us to the Free Marches, true, but they also changed everything! More hack n' slash and less of an RPG game. I feel it would've been better to stick with the voiceless protagonist, mainly because I just want him/her to be me. Sure, it's a personal story about this character, but why can't I name him and change his appearance to another race? Sure, it'd fuck up the story as it is now, but how much harder would it be to evolve it to fit different races?

My gut is just telling me that this is exactly what they did with Mass Effect 2, it's just not done as good as they did then. Mass Effect 2 was (also) in many ways inferior to its predecessor (although very good). More action and less rpg, and that's fine, but that's not what I bought the games for. I bought them for me to be able to change gear and set up tactics, I don't want a hybrid.

One thing I think of when I compare the first and second Dragon Age is that Dragon Age 2 just isn't as epic. Not at all. "It's not supposed to be." are words I've heard, but is that really a valid argument? In the first one were facing the obliteration of all life in Ferelden and in the second one it all starts with the fact that Hawke's mom wants their old house back. Yeah, sure, it escalates after that, but it never had that epic feeling that you're changing things in this world.

The whole fight between the mages and templars just seems ridiculously small in comparison to other things happening in Thedas. Not the struggle for freedom and the need for control, that's very interesting. It's just that this particular fight is done in a way that takes it all to the extreme. Meredith is just a murdering she-devil wrapped in silvery goody-armor, or at least she goes down that path the farther in the game you come. The Circle leader was A-okay in my books, up until the point where he fucks himself up and turns into a demon, for what reason? I'm guessing it's so he can kill Meredith, but she's out of the building so it just ends up with me killing him. Pointless or what?

More reasons why don't not not like Dragon Age 2:

Yes, I realize this is more of a half-angry rant, but this is what I'm feeling. I want the third one to be less like the second one and more like the first. That simple. Sorry if I pissed anyone off by saying something stupid, that's totally like me.
14 Comments

So, aye. She's back and ready to be fondled like the babe she is! Empire: Total War is finally playable again after long strife with Steam, those bastards (love you guys!). Anyway, looking into this new leveling thing here on the site and this blog is just some silly excuse to get me some experience, yeah I did it. GLHF!

Can't blow off some Steam™!

But damn if I'm not going to try.

Steam has always been problematic for me. I started using it some time after it came out in... what was it? 2003? Time flies. Anyway, I was talking about it with Forcen a couple of hours ago and we had a small argument about my, for him, unexplainable hate towards the platform. And as I thought about it, I couldn't put it into words. Let's go back to flesh out the story a bit.
Some time ago my World of Warcraft account (and email) was hacked by some damn Chinese bastard, which meant that many of the sites I had accounts on were forfeit for me. Two things happened at the instant I realized this: a hate grew towards Chinese people (I can no longer abide them) and I had to start using my backup World of Warcraft account which was in hibernation. But, yeah, we were talking about Steam. So when I lost my Steam account I had no thought of retrieving it via the Steam Support at all, because my previous battles with Steam over lost games (I'm talking old, old Half-Life now) had been unrewarding.
So came the day when Monkey Island became a chapterized franchise and I had to have it. But for some reason (World of Warcraft) I waited until the whole pack with all five chapters was made into one big package. Bought! But that meant that I had to have a Steam account. If the great lords of Valhalla gave us more Monkey Island I couldn't be worse by denying Steam another chance. So I made that account. Not until much later would I realize how much trouble it would do me.

Long story short: I wanted to play Empire: Total War (which was the only game I cared about on my old Steam account) again. Because that game totally kicks ass. But nay, say the voracious gods of Valhalla, thine chance hath passed. It's lost on that old damn account until the day the Steam servers run out of electricity. I guess I'll just have to go out and buy it again, it's like $30... (But what about DA:Awakening!?)
What am I trying to say with this whole blag? I honestly don't know. I can't say that Forcen was right because I still have all this hate bottled up inside me, even though I know that 90% of it all is my own fault for being such an old senile bastard. All I can do is try stick to this account, I suppose. All hail Mozilla Weave!
2 Comments