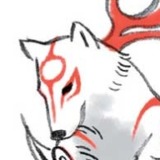 The Conundrums of When a Review Can be Written

As a reviewer, my job (not an actual job, mind you) is too help consumers make purchase decisions, by telling whether or not a game is good or bad. How we, the reviewers, tend to go about doing this, is by playing the game from start to finish before we write our reviews. As doing so gives us the knowledge to effectively evaluate the game.

I have followed this philosophy ever since I began to review videogames, as reviewing a game without finishing it is like reviewing a movie after watching only half of it -- a horrible move that would not only hurt the quality of your criticism, but your credibility as a critic, too.

But recently I've begun to wonder if it truly necessary to finish a game before writing the review -- even if you had gotten to the very end, only to find out you simply cannot finish it. What do you do in that situation? Do you keep trying in the hopes that you'll achieve victory? Start over, and hope that doing something differently will affect the outcome? Or just write the review based on what you know about the game?

Those are questions I've been asking myself for the past couple days, as I've been placed into that situation.

The game is Knights in the Nightmare. A DS title from Atlus. I have been working my way through it for the past couple weeks with little trouble. But a couple days ago, when I had arrived at the game's final boss, I hit a roadblock: I can't beat it. It is simply beyond my ability.

I have tried multiple times to beat it, but no how close I come to achieving victory, I'm met with defeat at the last second. Leaving me to make a difficult decision: Do I keep trying? Or give up and review it anyway? I've been considering going with the latter option, as I feel I know enough about the game to review it. But, at the same time, I feel shouldn't. As doing so without finishing it, just seems wrong. Which leaves me constantly debating which option I should go with.

As on one hand, I already have all the info needed to write a review, so I can easily write a review like always. And it's not like the ending would have a huge affect on my opinion of the game, right? So why shouldn't I start writing it if I feel I can?

Because that ending sequence could have a big affect on my opinion, but I won't know for sure if I don't finish it. Therefore, writing a review now wouldn't be a good idea, as I still haven't played through all the content yet.

That's basically how it's been going in my head as I debate what the best option is. And while both sides raise good points, I can't simply decide upon one and feel I've made the right decision. As I would love to write a review for the game (simply because I love writing), but I don't think I should without finishing it first.

So basically it's a lose-lose situation. As neither choice is very desirable.

I don't know... Maybe I should just go with the easier option and forget about reviewing it altogether.

Blogs Created:
15 blogs
Most Commented blog:
The Conundrums of When a Review Can be Written
Total Comments on blogs:
18 comments