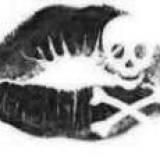 So, I just got a PSP.. I had one before but the power switch broke and I tried to fix it but ended up sending it to it's grave. So I went to Best Buy and I got the Ratchet and Clank special edition Silver PSP-3001... I love it! of course the day I buy it they introduce the PSP-Go! But I am pretty happy with my choice regardless. Number one: I have so many UMD's that I want to continue to utilize. I did hear a rumor that Sony might offer a sort of "trade-in" program for trading in UMD's for digital versions.. but I just am not that interested. I also like the bigger screen. The only downers are the battery life when playing from a UMD. Also I am a big fan of the solid state memory.. but it does add on some $$ to the price. Two advantages to the PSP-Go! Anyways.. so far I have decided to bypass the DSi in favor of the PSP. I have been having a great time playing LocoRoco & LocoRoco 2. I have pretty much been neglecting my DS.. but I am awaiting Cooking Mama 3. Anyways.. those are my portable electronic  ramblings for now. :D