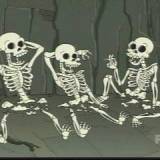 I agree. Besides, I'm sure there's still a crap load of people that still bought the game.

It doesn't affect me in any way because my consoles aren't connected online. I haven't connected them since January of this year. However, when it comes to always-online DRM, then that's where I draw the line. Blizzard, Ubisoft, and EA are guilty of stuff like this. Well, I'm not 100% sure of Ubisoft because of their update with Assassin's Creed II, but from what I'm hearing, they're still using this DRM for future titles. Which is ridiculous to me because these games all have single player components.

And I feel for the people that don't always have an internet connection. In my case, I'm in the same boat. There's times that I can't afford to keep my internet on and there's times where Time Warner has to do some kind of maintenance (which it seems pretty frequent in my area). I've tried searching for other options, but it's either stick with Time Warner or jump down to a 1.5Mb/s DSL connection. So, the only way I can play these games on PC is if I do purchase them and use a crack so that way I'm offline. I know none of the companies will like it, but that's just the way it is.

I don't know why no one is answering and just sending you to different parts of the site. Anyways, it's an extra ad space for Giant Bomb with a chat function. You just click the arrow on the bottom right corner to make it disappear for good. If you want it back, just click the arrow again.

http://i.imgur.com/5aJXy.jpg Why and what for? And how do I get rid of it?

I'm not even sure if we should care about this. If you already bought and played this game then what's the problem?

Robin and Catwoman have their own achievements. You can get 1000/1000 in Arkham City.

If that's the case, then I'm not sure what the fuss is about. I could have sworn that every DLC does this. You can get 1000/1000 with the regular game and every DLC has its own separate achievements.

@ch13696: Gamestop started this whole mess by making most of their money by screwing over the people that make the video games.

Why was it not a problem 10 years ago, when game publishers could have easily just squeezed Gamestop right out of the picture by simply not shipping product to them and making it impossible to buy the game of the moment there? Why is it only a problem now, despite the fact that new games are clearly selling absolutely fantastically? This is about games costing too much money and the returns on investment getting smaller and smaller. That the gaming industry dares to demand privileged treatment compared to other entertainment industries shows just how broken the business model is, and that's the only reason we're seeing this nonsense.

Remind me again of the large retail power that makes all of it's money by selling used music or movies? Maybe you should know what the fuck you are talking about before you spout out total shit. And 10 years ago, perhaps they didn't expect gamestop to be a complete monopoly and that used game sales would end up being half of Gamestop's fucking revenue. I don't give a fuck if it's because the industry didn't have 10 year foresight, it doesn't matter, because that doesn't make it ok. It effects the lives of developers that had no ability to get such a thing to happen, new kids starting careers, etc. If they sold those games at low margins like they ought to, MAYBE it wouldn't be such a big deal, but if a video game retailer is making half of it's profits from used games that do not give a single penny to the people that work hard to make them, then I am pretty comfortable saying that it's fucking wrong. Think of all the awesome games that didn't sell super well that should have probably received sequels, that deserved it, that just didn't because of things like piracy and used sales. The money should go to the developers, so that they can make more games and not just have to focus on the cash cows. Games are expensive, and to start a project, you need to start with a lot of capital, and the less evidence you can give of it selling like hotcakes, the harder that capital is to come by. But if there is more money in the industry, more of those smaller projects like Enslaved and Shadows of the Damned could maybe make enough money to get another game out there and potentially do much better now that there is a little more awareness of the brand. Or at the very least, publishers like EA wouldn't just say "fuck you" to their smaller projects and let them fend for themselves, they could actually give a few bucks towards marketing.

Remember, games aren't made by large corporations, they are made by teams of human beings who have a passion for making shit for you to bitch about being terrible, who often have families to support and work harder than a lot of the idiots in the gaming "community" do.

All I read was "fuck one large corporation and praise the others". Anyways, who cares if Gamestop is giving only $10-20 for a game and selling it for $50. People apparently don't mind that and just sell the games anyways. Once Gamestop buys it, it's their property. They can sell the game for however much they want. And it's not a monopoly because there's other retailers that do the same thing. I can easily take my game to Best Buy and they would give me the same amount for the game. I can also sell the game directly to Amazon and they would give me less than what Gamestop would give me also. So I fail to see the monopoly in Gamestops business. If you want to punish Gamestop then you will have to punish every used game seller. Wal-Mart, Best Buy, Amazon, Craigslist, e-Bay, etc.

@ch13696: No, it's not that simple. The $10 online pass from every single company for every single game is to stop you from trading games in(lower money back) and buying games used(less value). Gamestop is the biggest retailer of used games in the united states. The online pass was developed to hurt gamestop's business, probably not maliciously, but in reality that's what they wanted to happen. Now they go back to gamestop and only gamestop to give them passes for some used copies, I can only imagine not all of them, thus enabling them to continue in the business. I'm not saying it's shady, I'm saying it's fucking stupid. As some of the GB guys put it, this may lead down to a path of gamestop just offering continued kickbacks to game companies without something like the online pass leaving us out of the middle, but until that happens, this is a shit solution good for no one but the companies and actively hurting, AS WE SEE HERE, the consumer.

@ch13696: Gamestop is a very very large reason these codes are in existence, and yet the publisher decides to do a backdoor deal with them(exclusively?) anyway. It's fucking stupid. It's like a mob shakedown with dirty cops getting a cut and we're stuck as the laundromat owner getting beaten out back until we pay. If only batman could save us but he's too busy wondering where the hell catwoman is at and calling WB on the batphone.

WTF? This if far from a scenario like that. No one is getting hurt. No one is getting swindled. It's basically a win win for everyone. People get their used games and the publisher gets a cut of the cash. Geez, people need to stop being so delusional, thinking Gamestop and WB is doing some shady business deal.